Egypt: Over a 1,000 Arrested in Egypt After Eruption of Anti-Sisi Protests 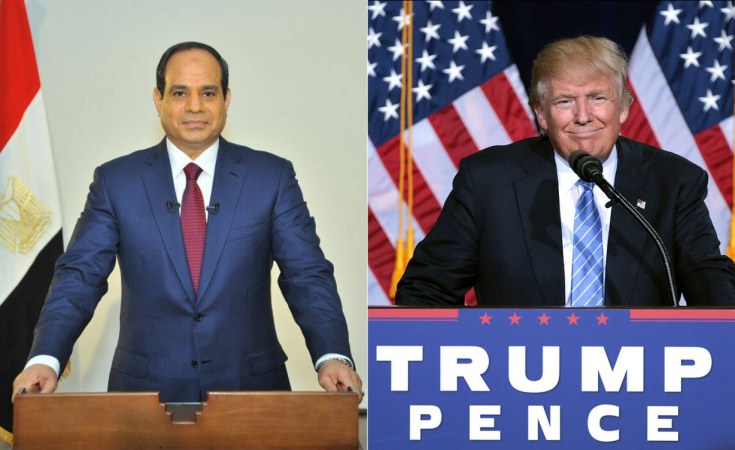 Egyptian authorities have detained around 1,100 people since the weekend after protests broke out late Friday across several cities, according to human rights monitors. The demonstrators have been calling on President Abdel Fattah al-Sisi to step down.

Despite a protest ban in place since 2013, hundreds took to the streets in Cairo, Mansoura, Alexandria and other cities on Friday. In the port city of Suez, demonstrations continued on into Saturday night.

Many responded to an online call for protests against alleged government corruption.

The head of the Arab Network for Human Rights Information along with two other groups, the Egyptian Center for Economic and Social Rights and the Egyptian Commission for Rights and Freedoms, said they had jointly documented more than 1,100 arrests since Friday.

Those arrested include political activists, journalists and rights lawyers.

Mahienour al-Massry, an activist and lawyer was arrested outside the Supreme State Security Prosecution headquarters in Cairo on Sunday, according to a facebook post by her friend.

Massry was at the prosecution office to follow up on the investigations of those who were initially arrested.

Since Sisi came to power following the overthrow of the Muslim Brotherhood's Mohamed Morsi, public gatherings of more than 10 people without government approval have been banned.

Few have dared to speak out openly against his government for fear of becoming another victim of the crackdown on dissent - considered one of the severest in the country's modern history, according to human rights groups.

As the economy weakened and the Egyptian pound was devalued in 2016, the number of people living below the poverty line increased during the 2017/2018 fiscal year to 32.5 percent.

But such projects cost money - money that could have been used to help the people, says Mohamed Ali, an actor and former building contractor with the Egyptian army.

Since the beginning of September he has released many videos criticising the extravagant spending habits of Sisi and his government to the demise of the people.

He also said the government owes him nearly 12 million euros in fees for construction projects his company Amlak built.

Speaking to the people using colloquial language rather than any formal Arabic, he has called for the end of Sisi and asked to see a million Egyptians on the streets this Friday to march against the president.

The government was yet to issue an official response.

Sisi himself, currently attending the UN General Assembly meeting in New York, has not responded to news of mass arrests or the protests.

But earlier, during a National Youth Conference in New Cairo on 14 September, Sisi addressed Ali's accusations, stating: "Are they against me? I am building a new state. Do you think when you speak falsehood I will be frightened? No, I will keep building and building, but not for myself."

According to posts from foreign journalists based in Egypt, the government has issued a warning against reporting any "fake news" or relying on social media for facts.

After a second day of protests in Egypt, the government sent foreign journalists a vaguely threatening email ("carefully monitored") to remind us none of these protests happened. pic.twitter.com/G5nBojkaCT

World Leaders At UN Must Confront Sisi Over Protests Crackdown 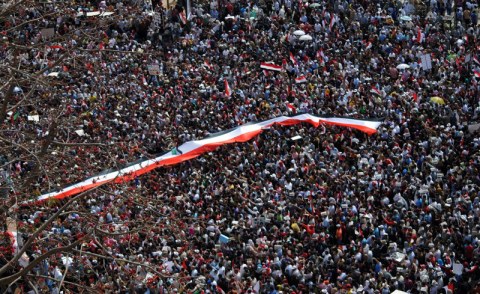 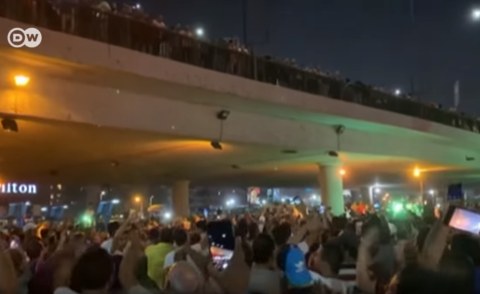 What Africa's Presidents Have Been Up to At #UNGA19
Tagged:
Copyright © 2019 Radio France Internationale. All rights reserved. Distributed by AllAfrica Global Media (allAfrica.com). To contact the copyright holder directly for corrections — or for permission to republish or make other authorized use of this material, click here.