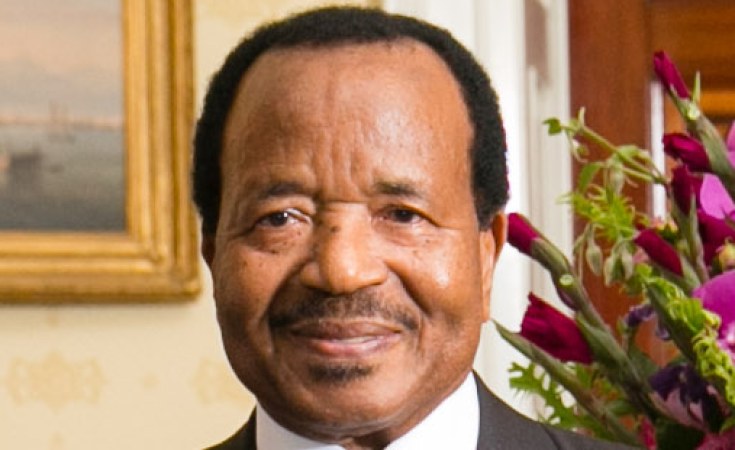 President Paul Biya has proposed a national dialogue aimed at resolving the Cameroonian government's conflict with Anglophone separatists. But the mooted dialogue will include neither separatists nor, it appears, other important English-speaking constituencies. Biya should allow greater Anglophone participation and neutral facilitation for the dialogue.

On 10 September, President Paul Biya proposed a national dialogue aimed at addressing the two-year conflict between his government and Anglophone separatists that has laid waste to Cameroon's North West and South West regions. His proposal appears to be in part a response to domestic anger at his security forces' failure to defeat the separatists and in part a response to mounting international concern over the crisis. The dialogue could be an opportunity for his government and Anglophone leaders to table potential solutions. As proposed, however, it will neither include separatist leaders nor leave much room for Anglophones who support federalism within Cameroon's borders. It thus risks further frustrating Anglophones, widening the gulf between the two sides and empowering hardliners. To improve the dialogue's prospects, the government should make greater space for Anglophones, particularly federalists who are willing to attend. It should also seek a neutral facilitator and accept the African Union (AU)'s and the UN's offers to help. A successful dialogue should set the stage for further talks that will still be required between the government and Anglophones of all persuasions, including separatists.

President Biya's announcement comes amid ongoing violence in Anglophone areas. The crisis started in late 2016 as a protest against the state's discrimination against Anglophones in education and law. It quickly descended into armed conflict, as security forces repressed protesters and some Anglophone separatists took up arms against the state.

Since 2017, the rebels have battled security forces, with both sides reportedly committing abuses against the population, including burning villages, closing down schools and killing civilians. Violence has claimed around 3,000 lives, displaced half a million people within Cameroon, compelled another 40,000 to flee to Nigeria, deprived 700,000 children of schooling in their home areas and left one in three people in the Anglophone regions in need of humanitarian aid. On 20 August, the government sentenced ten prominent separatist leaders to life in prison; separatists responded by upping their attacks. In early September, they imposed a "lockdown" (general strike), which has again blocked the start of the new school year - nearly all schools in the area have been shuttered for most of the last three years as separatists have enforced, sometimes violently, a school boycott.

For Cameroon, resolving the crisis is critical. The country's economy is nose-diving. The Cameroon Development Corporation and PAMOL, two of the country's biggest agricultural companies, both owned by the state, have lost up to 80 per cent of their capacity. In September 2018, companies working in the Anglophone regions reported losses estimated at a half-billion dollars since the crisis began. The security forces are overstretched, fighting not only Anglophone separatists in the west but the Islamist militant group Boko Haram in the north. Furthermore, a protracted political crisis stemming from the imprisonment of opposition leader Maurice Kamto, who continues to claim victory in the 2018 presidential election, has increased communal antagonisms countrywide.

President Biya's proposed dialogue is scheduled for 30 September to 4 October at the Palais des Congrès in the capital Yaoundé. He has entrusted its organisation to Prime Minister Joseph Dion Ngute, an Anglophone. Ngute has started consultations with a wide range of Cameroonians. Most, however, are not Anglophone and play little role in the country's English-speaking regions.

Anglophone separatists, who hold sway in large areas of those regions, will not attend. Neither they nor the government has shown much appetite for reconciliation. Embryonic informal contacts between the two sides took place this year, but an internationally-led mediation attempt recently slowed down in the face of intransigence by both sides. On 22 September, the main separatist leaders abroad restated their willingness to talk with the government, but rejected the planned dialogue as "purely internal". They gave no sign of easing their conditions for talks: international mediation, a location outside the country and an agenda focused on the terms of separation. The government has offered no concession that could persuade them to reconsider. It has not called for a ceasefire; issued invitations and safe passage to separatists for dialogue; or made any move to release Anglophone prisoners (though Biya has not dismissed the possibility of pardons for separatist leaders at a later stage).

Even more conciliatory Anglophones fear being left out. These include federalists, whose calls for a return to the constitutional arrangements of 1961 to 1972, which united one Francophone state and one Anglophone state in a federal system, are popular among Anglophones. Some federalist leaders are deeply sceptical of President Biya's intentions but others welcome the dialogue in principle. These include the influential Catholic leader Cardinal Christian Tumi, head of the Anglophone General Conference (AGC), which was created in July 2018 and involves Catholic, Protestant and Muslim Anglophone leaders. The AGC has participated in Prime Minister Ngute's consultations and will attend the dialogue.

But the prime minister's preliminary agenda leaves little room for the AGC leaders to present their views. Moreover, earlier this year, the government prevented the AGC from holding its own meeting aimed at unifying an Anglophone negotiating position. Given that the prime minister's consultations have involved a huge array of national voices, many of whom have little connection to the Anglophone crisis, the forthcoming dialogue risks drowning out potential proposals from Anglophones with a plethora of other national concerns. If that happens, the dialogue is unlikely to address wider Anglophone grievances or consider solutions such as federalism, which many Anglophones back. Allowing federalists insufficient time in the agenda could prove an own goal for the government. Disempowered, they will be unable to make the case to separatists to moderate their position. Their exclusion could also hamper discussions that could help federalists find common ground with advocates of a milder - and among Anglophones much less popular - form of decentralisation, entailing granting greater autonomy to yet-to-be-elected regional councils over their staff, budgets and the local education sector in particular.

The president's intent is unclear. He is likely feeling pressure both from citizens frustrated at his failure to resolve the crisis and from international actors (especially the U.S and the EU), particularly in the run-up to the UN General Assembly, which his foreign minister is attending. He may also be treading a fine line between two camps within the government and ruling party. Some senior officials have publicly described the dialogue as part of a longer process - a helpful recognition that the government will have to take further steps to resolve the crisis. More hawkish officials reportedly want to use the dialogue to stymie any move toward genuine peace talks and amplify calls for the government's armed response to continue. By initiating the dialogue, President Biya has publicly recognised for the first time that security measures alone cannot resolve the crisis. But his 10 September speech cited the "supposed marginalisation" of Anglophones, with his refusal to explicitly recognise their grievances souring his offer of an olive branch. A worst-case scenario would see hardliners using the dialogue to push through conclusions at odds with Anglophone opinion, and then using these conclusions to further avoid peace talks.

Among Francophone opposition leaders some welcome the dialogue - despite its flaws - as a chance to end a crisis that risks sucking the country into wider civil war. They argue that the tide of violence means it is vital to seize any chance, however slim, to move toward a negotiated settlement. "The president may have opened a window not a door", one told Crisis Group in Yaoundé, "but we should still climb through".

As for Cameroon's foreign partners, the French government, the EU, the AU and the UN have also welcomed the dialogue, but called for it to be more inclusive. In private, many diplomats in Yaoundé express concern over the short time for preparing and holding it, given the complexities of the issues involved; the absence of experienced and neutral facilitation; and concerns about the agenda and the proliferation of participants not central to the Anglophone crisis.

In the short time before the dialogue, the government could improve its chances of helping resolve the crisis by:

Even a dialogue with more balanced participation will not obviate the need for more painstaking, mediated talks between the government and Anglophone leaders. Establishing lines of communication with separatists is a priority, likely initially requiring shuttle diplomacy and confidence-building measures on both sides, with the government releasing some detainees and rebels signalling, which they would likely initially do discreetly, that they may be willing to accept a ceasefire and soften their line on independence. The government also should consider opening direct negotiations with federalists who can perhaps help draw separatists away from their armed struggle. This would require, as a first step, that it allow the Anglophone General Conference's mooted meeting, which would bring together a wide range of Anglophones, to take place. International actors whose close relations with Cameroon give them some influence with its government should keep the country on their radar and press President Biya toward such talks. In the interim, the planned September forum at least offers the possibility of keeping dialogue on the table and thereby checking a spiralling civil war.

Cameroon Begins National Dialogue on Separatist Crisis
Tagged:
Copyright © 2019 International Crisis Group. All rights reserved. Distributed by AllAfrica Global Media (allAfrica.com). To contact the copyright holder directly for corrections — or for permission to republish or make other authorized use of this material, click here.