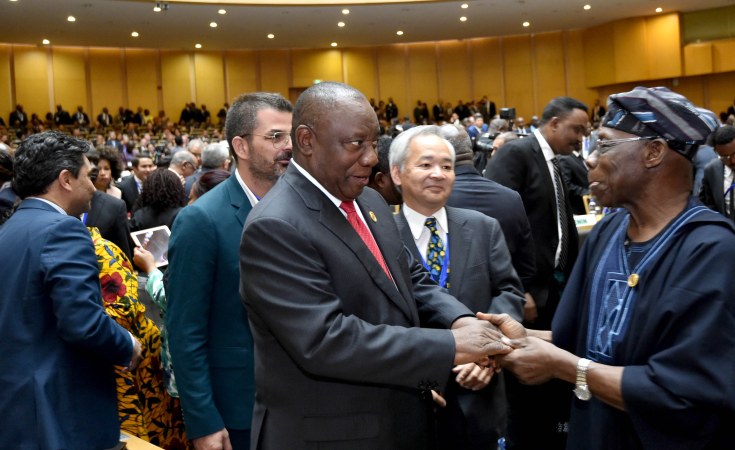 After a successful launch of the book, "Democracy Works: Rewiring Politics to Africa's Advantage", President Obasanjo, who is a co-author of the book, presented a copy to President Ramaphosa today.

The book is authored by Greg Mills of the Brenthurst Foundation in South Africa; President Obasanjo; Jeffrey Herbst, a celebrated Africanist, and Tendai Biti, former Finance Minister of Zimbabwe.

President Ramaphosa thanked the former President for working hard and still having the energy to write and contribute to current debates about the development of Africa.

Former President Obasanjo expressed his sincere appreciation of President Ramaphosa's recent appointment of a team of Special Envoys who have in the past few days visited a number of fellow African states to deliver a message from the President regarding the incidents of violence.

Can South Africa and Nigeria Reset Their Relations?

300 More Nigerians Repatriated from South Africa Over Attacks
Tagged:
Copyright © 2019 Government of South Africa. All rights reserved. Distributed by AllAfrica Global Media (allAfrica.com). To contact the copyright holder directly for corrections — or for permission to republish or make other authorized use of this material, click here.