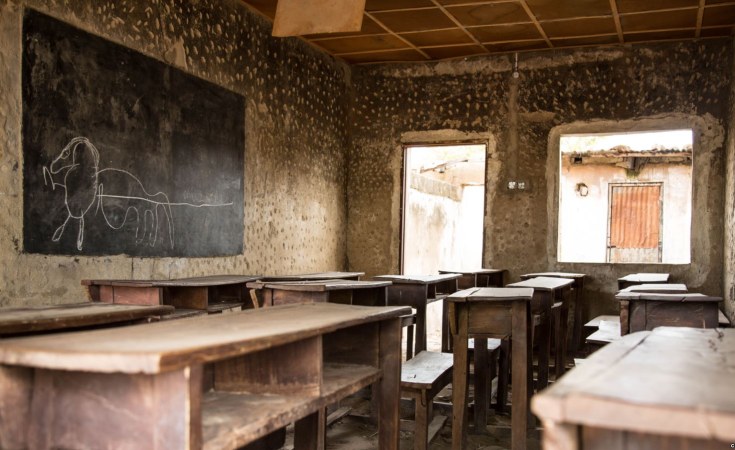 Nigerian police have freed more than 300 men and boys from a building in the northern city of Kaduna. Seven people have reportedly been arrested.

Nigerian police said Friday they had found and freed more than 300 men and boys held chained in a building housing an Islamic school in the northern city of Kaduna.

A police spokesman said most of the prisoners were children, many of whom had metal chains around their ankles.

He said seven people had been arrested, all of them teachers at the school.

"The state government is currently providing food to the children who are between the ages of five and above," said the spokesman, Yakubu Sabo.

"We have identified two of the children to have come from Burkina Faso, while most of them were brought by their parents from across mostly northern Nigerian states," he added.

Sabo told the AFP news agency that the victims were kept in "the most debasing and inhuman conditions in the name of teaching them the Koran and reforming them," saying many had been tortured and sexually abused.

Nigeria has roughly even proportions of citizens following the Islamic and Christian faiths, with Islamic schools common across the mostly Muslim north.

Our Ordeals in Kaduna House of Horror - Rescued Kids

States Must Do More to End 'Almajiri' System - Buhari

Nigerian Police Free Scores From Koranic School of 'Horror'
Tagged:
Copyright © 2019 Deutsche Welle. All rights reserved. Distributed by AllAfrica Global Media (allAfrica.com). To contact the copyright holder directly for corrections — or for permission to republish or make other authorized use of this material, click here.