Rwanda: Kagame Did Not Meet With Besigye 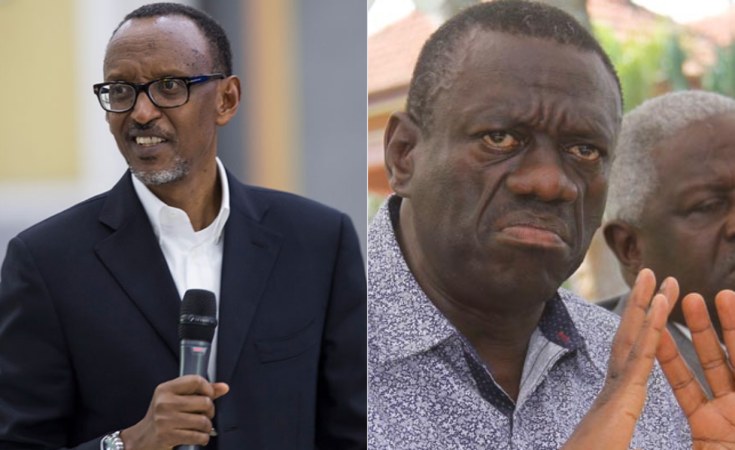 But no such meeting took place, even "accidentally", as Museveni claims when he meets Rwandan dissidents.

According to a reliable source familiar with President Kagame's schedule during his trip to the United States, there was no meeting between Kagame and Besigye.

And so one is left wondering what Ugandan authorities are up to when they resort to such blatantly made up fabrications.

All we can suppose is that the embarrassment of being caught having meetings with dissidents of Kayumba Nyamwasa's Rwanda National Congress (RNC) and FDLR in Kampala must be driving them into manufacturing these kinds of bizarre disinformation pieces.

The pattern of Uganda's defenses against the fully substantiated charges Rwanda has placed before them has been to manufacture out of full cloth some kind of equivalence, which itself has been a revelation that in fact Uganda has no tangible grievance against Rwanda in the current crisis in bilateral relations.

Authorities in Kampala had obviously calculated that Rwanda would retaliate against Uganda's hounding of Rwandans in Uganda by also harassing Ugandans in Rwanda. However, none of this ever happened.

As hundreds of Rwandans get rounded up in illegal sweeps, tortured and dumped on our common border without the slightest pretence of adherence to legality, not a single Ugandan has been victimised in Rwanda.

The authorities had also hoped that the frequent visits of top RNC officials in Uganda - Eugene Gasana, Charlotte Mukankusi, Ben Rutabana, Frank Ntwali, Sande Charles etc., and even the hosting of the organization's business arm under the ownership of Tribert Ayabatwa Rujugiro whom Museveni has similarly admitted to have met on numerous occasions - would trigger retaliation from Rwanda to recruit and support.

Rwanda would in fact identify groups hostile to Uganda however, Rwanda resisted such a temptation, even though retaliating in the same currency would have been fully justified.

Rwanda has avoided all these provocations.

Consequently, the authorities in Uganda have been embarrassed by what is clearly overt, unprovoked malign behaviour towards a neighbour and fellow member of the East African Community and the African Union, both of whose treaties, like the United Nations Charter, mandate peaceful co-existence among member states and non-interference in each other's internal affairs.

The same applies to efforts to tie the opposition in Uganda to the leadership in Rwanda; the urge to make up meetings that never took place.

What Uganda's authorities neglect to consider is that even if President Kagame were to meet with Besigye, no equivalence with Museveni meeting with anti-Rwanda dissidents of armed terror groups would be justified.

Besigye is a legitimate opposition figure in Uganda, belongs to a registered political party in that country, and has run in elections against Museveni multiple times.

Moreover, Besigye is not a criminal running from the law nor is he a terrorist. Indeed, Besigye lives in Uganda and has no rebel group that seeks to destabilize and overthrow Museveni.

Museveni is free to meet with legitimate opposition figures inside Rwanda.

In fact, Rwanda's opposition is also in government because Rwanda's power-sharing constitution mandates it.

This means that in many of the summits that Museveni attends, there are Rwandan opposition members present there, such as the current Minister of State for the East African Community in the Ministry of Foreign Affairs and International Cooperation, Amb Olivier Nduhungirehe. Many others have been at the same venue as Museveni.

So, When Museveni decides to "accidentally" meet RNC dissidents, he knows he is not meeting Rwanda's opposition, but members of groups dedicated to destabilizing the government of a neighbouring country through violent means. President Kagame has, however, not found it necessary to do so, Perhaps he will consider meeting Uganda's opposition in future. 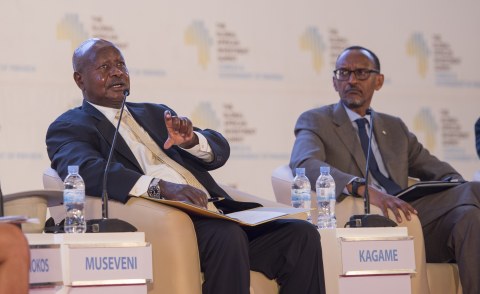 Second Rwanda, Uganda Meeting Fails to Take Off
Tagged:
Copyright © 2019 The New Times. All rights reserved. Distributed by AllAfrica Global Media (allAfrica.com). To contact the copyright holder directly for corrections — or for permission to republish or make other authorized use of this material, click here.