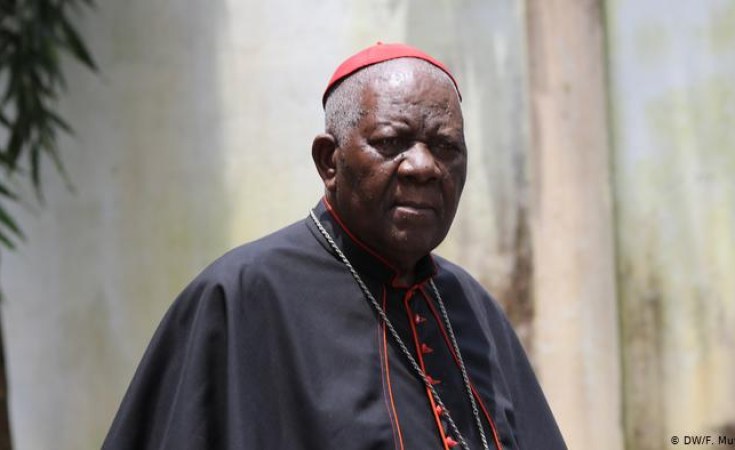 A five-day meeting to resolve Cameroon's three-year-long conflict began Monday. The unrest in the English-speaking regions has cost more than 3,000 lives and displaced over 500,000 civilians.

Dozens of governors, traditional and religious leaders and other dignitaries clad in festive attire disembarked from a Maroua bound Camair flight in Yaounde, the nation's capital. Their destination: the great national dialogue that began Monday.

Hundreds of Cameroonians from across the country and from the diaspora invited the government to solve the so-called Anglophone crisis, in which more than 3,000 people have died and around half a million uprooted since 2016.

It began three years ago on October 12, 2016, when lawyers and teachers began striking in the English-speaking southwest and northwest regions. The protesters claimed discrimination by the majority French-speaking government. The government assured the protesters that it would initiate a national dialogue. It also promised to establish a commission to promote bilingualism and multiculturalism. Instead security forces carried out mass arrests to intimidate the protesters. One of President Paul Biya's most important confidants, Paul Atanga Nji, even said at the time that there was no Anglophone problem. The protesters "were busy bodies who could be manipulated with money from abroad," Nji said.

Wrong, said Cardinal Christian Tumi, one of the most important religious figures in the country: "The reasons for the crisis lie in poor governance; people are not involved in decision making. And they are living in a centralized political system, the Jacobin system, which we copied from France." Until today, France is interfering in Cameroon's internal politics, he said.

Decentralization is one of the critical words of the crisis. "The Anglophone problem is as old as a united Cameroon," said Presbyterian priest Thomas Mokoko Mbue. "Since 1961 there have been repeated calls and petitions for dialogue. But the government refused to listen." Until it was too late.

A year after the first strikes, separatists in the northwest and southwest regions declared an independent state on October 1, 2017. They called this earmarked state Ambazonia. The date is symbolic. On this day in 1961, the French-administered East and the British-administered West united to form Cameroon. Now, the Ambazonians want nothing to do with the Yaounde government.

The conflict is becoming increasingly brutal. Young men, called Amba boys, fight in the bush against the army. Schools, hospitals, entire villages are burned down, and people are murdered, intimidated, abducted. More frequently, the term 'civil war' is being used to describe the crisis. Both sides, separatists, and army blame each other for the atrocities.

How many Amba boys there are is hard to say. Estimates range from 200 to more than 2000. They split into competing groups, mostly from the diaspora in the US and Norway. "Some of these boys are not even 15 years old," says Thomas Mokoko. "It is heartbreaking that these young people, who are an essential part of our society, are dying for a pointless war." Behind closed doors, insiders talk about the government backing at least a militia group, linked to Nji.

Three years after the first demands, during which thousands of lives were lost, Biya called for a "major national dialogue" and told the nation that the dialogue was "to allow, examine within our constitution the ways and means by which the deep hopes of the people from the north and southwest, but also of all other parts of our nation, can be answered."

Human rights attorney Felix Agbor Balla, one of the masterminds of the 2016 protests, told DW, "there must be possibilities of a federal state: "The crisis began with the demand for decentralization. Without talking about the state, we will not find a solution."

Presbyterian cleric Samuel Fonki, one of the mediators in the crisis, criticizes the government for ignoring the conflict for too long. "Now, after pressure from outside, they want to show the world that they are doing something: 'Look, we're making dialogue.' As if to underscore what a minister said behind closed doors about the "big show." A gala is planned for the last day of the dialogue. Fonki, however, is certain: "If there are no external observers, the facts will not come to the table." But the said minister refuses: No, one only wants to speak from brother to brother, without interference from outside.

Whether and how the "Ambazonians" will be represented remains unclear: the government has sent invitations to separatist leaders abroad. But many reject the dialogue they dubbed "Biyalog", which they say is a "waste of time and taxpayers' money," as separatist leader Mark Bareta wrote on his Facebook page. He went on to say that the government knew what the Anglophones wanted, so no one needed to come to Cameroon extra.

In fact, many of the secessionists -- in the bush as well as in the Diaspora -- are probably afraid of what might happen to them. Some of them, like Ebenezer Akwanga, who once escaped from a Cameroonian prison, fear being arrested. Others do not have a valid residence permit in the country where they live. According to various sources, separatist leaders abroad are also losing influence.

Many stakeholders in Cameroon see the danger of a protracted conflict and armed bandits might render the Anglophone regions unsafe for many years. Young people will go without perspective. The eastern Democratic Republic of Congo is a good example of what happens when a conflict is neglected. The DR Congo's predatory militias have been terrorizing the civilian population for decades. Their political ambitions are at best served.

Günter Nooke, Africa adviser to German Chancellor Angela Merkel, is currently getting an idea of the situation in Cameroon and has talked mainly with Anglophone church people. They largely enjoy the confidence of the Ambazonians, but reject violence without compromise. "We have here in Cameroon violence, crimes against humanity from both sides, the state armed forces, army and police, but also those who pretend to fight for the independence of the Anglophone areas," Nooke said. "If you see pictures of these serious violent crimes, it's amazing that we are no longer dealing with Cameroon in Europe." At a meeting with a government official, Nooke pledged further aid on behalf of Germany but only if the dialogue is successful.

For Biya, however, one thing is already clear: "The future of our fellow citizens in North and Southwest is in our republic," Biya said at the end of his call for dialogue. The secessionists' planned Republic of Ambazonia probably has no place in it.

Mixed Reactions to Cameroon Military's Reconciliation Effort
Tagged:
Copyright © 2019 Deutsche Welle. All rights reserved. Distributed by AllAfrica Global Media (allAfrica.com). To contact the copyright holder directly for corrections — or for permission to republish or make other authorized use of this material, click here.