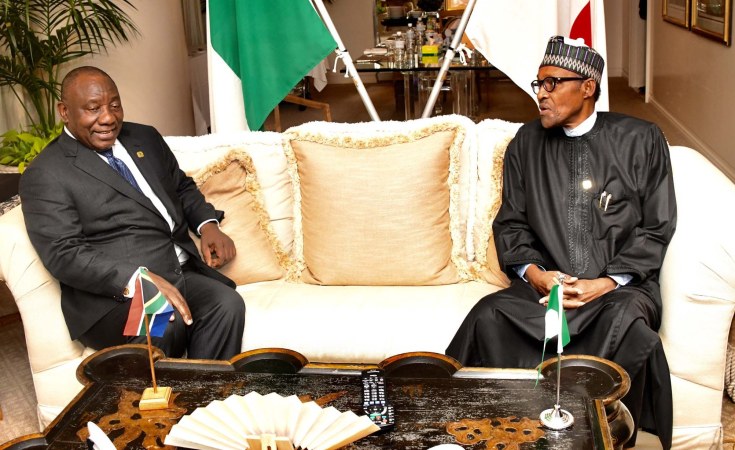 "One of the main features of the visit will be a joint business forum, with a focus on trade and investment," Ramaphosa's spokesperson Khusela Diko said on Tuesday.

"The state visit will not only provide an opportunity for the two presidents to strengthen and deepen political, economic, social and cultural relations between the two countries, but will also create space for deliberations on issues of mutual interest and concern pertaining to the continent and global governance."

Diko said formal relations had been conducted through a Bi-National Commission (BNC) established in 1999. This structured bilateral mechanism provided for political, economic, social, cultural, scientific and technical cooperation, she explained.

"The state visit will also mark the 20th anniversary of the BNC which was elevated in 2016 to be presided over at heads of state level. The BNC has, over the years, recorded remarkable achievements and provides a useful platform for enhancing bilateral relations, notably on the economic front.

"There are more than 30 agreements which have been negotiated and signed since the establishment of the BNC, and which are at different stages of implementation. These include the Bilateral Trade Agreement, a Memorandum of Understanding (MoU) on Economic and Technical Cooperation and an Agreement on Cooperation in Defence."

Last week, Ramaphosa hosted former Nigerian president Olusegun Obasanjo during a courtesy call, following a wave of violence and looting which hit business hubs in Gauteng. South Africa has experienced a wave of protests, in which communities looted both foreign and South African-owned shops while calling for an end to drug syndicates, News24 previously reported.

Diko at the time said Obasanjo had expressed gratitude that Ramaphosa had appointed a team of special envoys, who have in days prior to the visit been to a number of African states "to deliver a message from the president regarding the incidents of violence".

Ramaphosa and Obasanjo had also discussed the misconception that Nigerian nationals in particular had been victimised, Diko said.

Nigeria, South Africa Kiss and Make Up at Binational Commission
Tagged:
Copyright © 2019 News24Wire. All rights reserved. Distributed by AllAfrica Global Media (allAfrica.com). To contact the copyright holder directly for corrections — or for permission to republish or make other authorized use of this material, click here.