Nigeria: Four Claims About Sexual and Reproductive Health in Nigeria 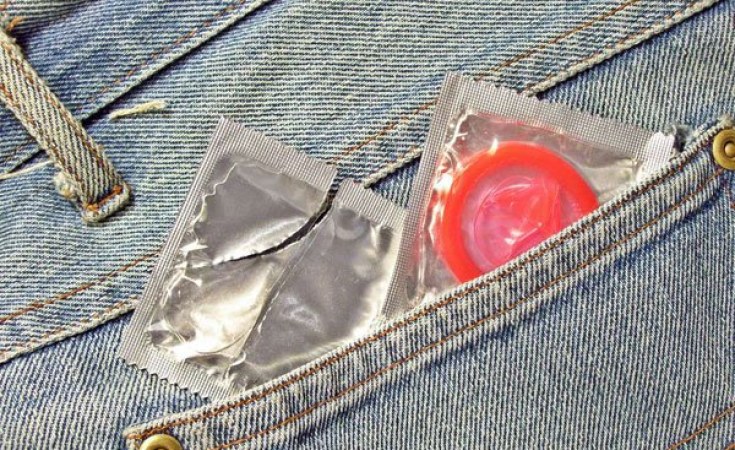 The United Nations Population Fund , which works to improve sexual and reproductive health in more than 150 countries, held a 50th anniversary celebration in Nigeria in July 2019.

In a report on the event, national daily Punch made a number of claims about the reproductive health of women in the country.

Nigeria has the highest number of cases of female genital mutilation in the world.

Punch attributed this claim to the National Center for Biotechnology Information , an arm of the United States National Library of Medicine .

It said the national prevalence of FGM was 41% among adult women, citing a 2001 analysis by Unicef, the United Nations Children's Fund .

In 2018, Africa Check fact-checked a similar claim by another national daily that 27% of Nigerian women aged 15 to 49 were victims of female genital mutilation or cutting. We found the correct figure to be 18.4% , according to the 2016/17 multiple indicator cluster survey , which had the most recent data on the practice.

The survey was prepared by the country's National Bureau of Statistics and others, from interviews with 34,376 women across Nigeria's six geopolitical zones. (Note: The World Health Organization's classification of FGM can be found here .)

Nigeria has a lot of cases 'but not the highest'

The most recent data on the share of females who have undergone the procedure is a 2018 global database by Unicef, Dr Edmund Ossai, a lecturer in the department of community medicine at Ebonyi State University told Africa Check.

Unicef and the WHO also referred us to this database. Out of 38 countries, it shows that Somalia has the world's highest prevalence, at 98% . Guinea is second at 97% . This is for females aged 15 to 49.

Nigeria's prevalence is given as 18%, with the data attributed to the 2016/17 multiple indicator cluster survey.

Wylie said the claim was inaccurate. "No, this is not correct. Nigeria is home to a large number of girls and women who have undergone FGM, but not the largest."

At least three other countries have higher numbers

A larger number of girls and women had undergone the practice in Indonesia, Ethiopia and Egypt, she said. And Nigeria had a lower prevalence than many other countries in Africa.

"It is worth noting that compared to other countries, the relatively high number in Nigeria is due more to the large population than to a high risk of FGM."

But was the claim of higher absolute numbers correct?

Wylie said the age structure of Nigeria's population and the changing prevalence over time made calculating a national burden "somewhat more complex than a straight product of the national prevalence and the population".

"For instance, FGM is less common among the younger cohorts than among the older cohorts, and given the young age structure of Nigeria, this results in a lower sum than if the national prevalence was assumed for all ages."

Nigeria accounts for about one-quarter of the estimated 115 to 130 million circumcised women worldwide.

Nigeria doesn't account for a quarter of this number, she said.

How did Unicef come up with this 8%? Wylie said that for each country, the share of affected females was drawn from the latest available estimates of prevalence among girls and women. For Nigeria, this was the 2016/17 multiple indicator cluster survey, which was then combined with demographic data from the UN Department of Economic and Social Affairs .

For every 800 women that died globally on a daily basis as a result of pregnancy-related causes, 111 were from Nigeria.

The UN Population Fund (UNFPA) told Africa Check that Eugene Kongnyuy, its Nigeria country representative, had been accurately quoted in the Punch article .

" The claims published [in the article] are facts. 111 were from Nigeria because the country loses over 40,000 maternal lives every year," said Andat Dasogot, a UNFPA monitoring and evaluation specialist.

Dasogot referred us to Trends in Maternal Mortality: 1990 to 2015 , estimates prepared by the WHO, the World Bank and three UN agencies.

The WHO defines maternal mortality, or a pregnancy-related death , as the death of a woman during pregnancy or within 42 days of termination of pregnancy, from any cause.

Nigeria, with 58,000 maternal deaths, and India, with 45,000, were estimated to account for more than a third of all maternal deaths worldwide. In Nigeria, this was about 159 deaths a day.

Isiaka Olanrewaju , the director of household statistics at the National Bureau of Statistics said the sample size [of 36,176 women] was not large enough to code for it in the survey.

"To get an accurate estimate of maternal deaths, you need a sample size of not less than 100,000. Anything less than that would not be reliable."

Out of every [10 women] that died during childbirth, four had serious injuries such as obstetric fistula.

The claim, by UNFPA's Nigeria representative Eugene Kongnyuy, was not specific to the country, as the Punch article suggests. This is according to Andat Dasogot, a UNFPA monitoring and evaluation specialist.

"The statement 'out of every 10 woman that died during childbirth, four had serious injuries such as fistula', does not only relate to Nigeria," Dasogot told Africa Check.

He did not, however, provide us with the source of the data Kongnyuy used.

According to a WHO 2018 factsheet on maternal mortality, 810 women died from preventable or treatable birth complications every day in 2017, the vast majority (86%) in southern Asia and sub-Saharan Africa. Other complications that exist before pregnancy become worse during pregnancy if they are not managed.

Fistula not direct cause of death

Is obstetric fistula – an abnormal opening between a woman's genital tract and her urinary tract or rectum – one of these?

"No, obstetric fistula doesn't account for 40% of the causes of maternal deaths globally and in Sub-Saharan Africa," Dr Nkurunziza Triphonie, a regional adviser on reproductive and women's health at the WHO, told Africa Check.

She said fistula did not cause maternal death. It was rather a cause of maternal chronic morbidity – or disease.

Triphonie shared a WHO systematic analysis on global causes of maternal deaths published in the Lancet in 2014. This examined 23 studies published from 2003 to 2012, which included 417 datasets from 115 countries covering more than 60,799 deaths.

"The development of obstetric fistula is directly linked to one of the major causes of maternal mortality: obstructed labour, which is causing up to 9% of maternal deaths," said Triphonie.