Sudan: Hamdok Describes His Visits to New York and Paris As Start for New Era 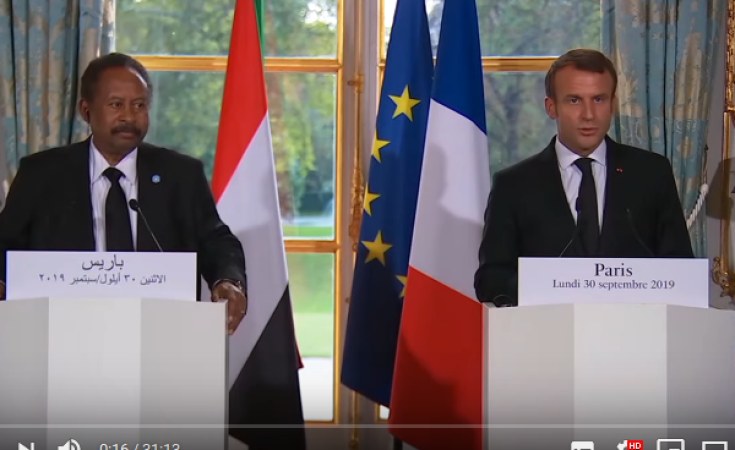 Khartoum — The Prime Minister, Dr. Abdalla Hamdok, pointed out that Sudan participation in the recent 74th session of the UN General Assembly will be followed by several details in the transitional government's agenda.

At a press conference he held Tuesday at Khartoum Airport following his return home, he said that Sudan participation in the UN General Assembly's session has marked Sudan return to the international community, referring to the meetings that he held on the sidelines of the UN meetings with international institutions and public personalities.

He described his visit to France and prolonged meeting with President Emanuel Macron as the start for a distinguished relation with France.

Dr. Hamdok said that his official visit to France was at the invitation of President Macron, describing this visit as successful and during which he participated in the funeral of the late president Jacques Chirac and held meetings with a number of French officials.

Responding to a question on the freedom of press, the Prime Minister affirmed the government respect to the press and its keenness to provide an atmosphere of democracy.

He apologized to journalists who had been assaulted while trying to cover his return, describing what they had suffered as unacceptable practice.

"We apologize in the strongest terms as we are at the beginning of democracy. This is a difficult road that requires all of us to create a democratic climate and manage our differences in a civilian manner", he said.