Kenya: Car Wreckage With 2 Bodies Located in Indian Ocean but Retrieval Called Off Until Wednesday 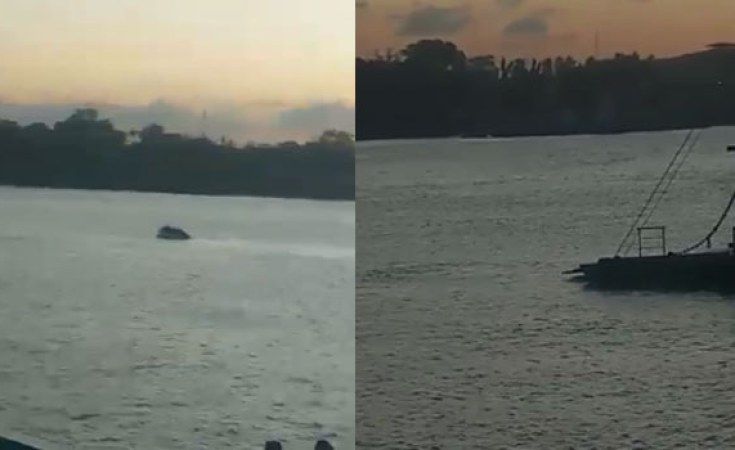 The search and recovery for the car wreckage that plunged into the Indian Ocean on Sunday with two people on board was called off Tuesday, until Wednesday.

The Kenya Ferry Services Managing Director Bakari Gowa said divers had located the exact position of the wreckage but were not able to retrieve it immediately.

The woman was identified as 35-year-old Mariam Kigenda and her 4-year-old daughter Amanda Mutheu.

The exercise was being undertaken by divers under the multi-agency team of the Kenya Ferry Services, the Kenya Navy and other volunteers out to retrieve bodies of a mother and her daughter who are thought to have died after the Sunday incident.

Government Spokesperson Cyrus Oguna has reaffirmed the government's commitment to retrieve the bodies following accusations from locals and the deceased family members.

The Kenya Ferry Services Chairman Dan Mwazo has called for patience as they undertake the complex exercise.

"The whole government is involved in this operation, and I can assure you that the car and bodies will be retrieved because the exact spot has been identified," he said, "It is a challenge but we are determined to get them out."

He said, ferry operations will be interrupted most of the day on Wednesday to enable divers retrieve the vehicle wreckage and the two bodies.

While police said the woman was seen reversing the vehicle, a Toyota ISIS, that was the last on the queue on the MV Harambee ferry, witnesses said the back part of the dilapidated ferry has no safety mechanisms, particularly for vehicles which can easily slide off.

Likoni Police chief Benjamin Rotich said an investigation will be undertaken to establish circumstances that led to the accident.

John Wambua, the husband to the deceased woman, told journalists he last spoke to his wife shortly before the incident when he just driven into the ferry.

"She had visited our farm in Kwale and I was expecting her back on Sunday. Shortly after 6pm, she called to tell me that she was on her way back and she was, in fact about to cross. But at around 6.40pm, I scanned my Twitter and saw breaking news about Likoni ferry mishap in which a vehicle had plunged into the ocean. I was shocked and called my wife but I couldn't reach her," Wambua said.

He was later to confirm his worst fears, on social media when the Kenya Ferry confirmed the registration number of the vehicle involved in the accident.

Search and Rescue Underway in Kenya After Car Plunges Into Ocean