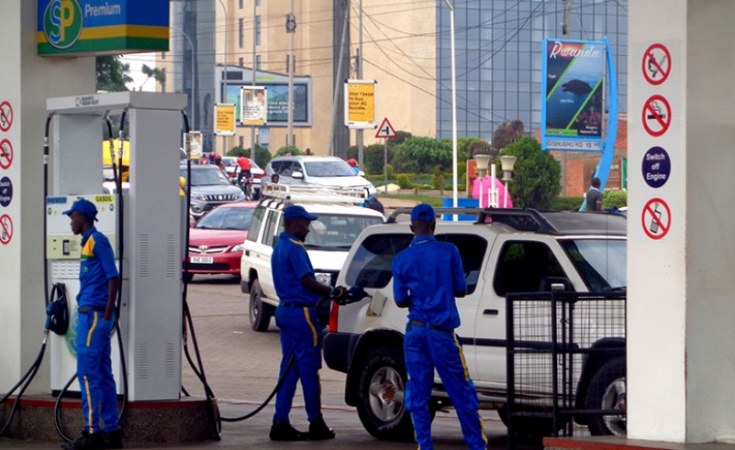 The Government has committed to increase strategic fuel reserves to 100,000 cubic metres by the end of next year after the Auditor General's report exposed delays in expanding the facilities.

Rwanda has, for long, planned to expand its fuel storage facilities in order to avoid any shortage like the one that was experienced in 2008 during Kenya's post-election violence.

However, the plan, contained in the Downstream Petroleum Policy of 2012, has faced various challenges, which occasioned delays.

Under the policy, the Government was meant to construct fuel reserves that can stock at least 150, 000 cubic metres, sufficient enough to sustain the country for at least four months without imports.

Robert Opirah, the director-general for trade and investment at the Ministry of Trade and Industry, during an interview with The New Times on September 30. Emmanuel Kwizera.

Given that it costs $1,000 to construct one cubic metre of fuel reserve, to increase the storage to 100,000 cubic metres requires a combined $100 million in public and private sector investments.

The Auditor General's Report for the 2017/2018 fiscal year said that by the time of the audit, 4,200 cubic metres of fuel storage were in place.

However, during an interview with The New Times, Robert Opirah, the Director-General for Trade and Investment at the Ministry of Trade and Industry, said that the country has since increased the capacity 78,000 cubic metres.

Given that Rwanda's monthly fuel consumption is 30,000 cubic metres, the current reserves can cater for the country's demand for only two and a half months.

He added that the delays in implementing the 2012 petroleum policy were, among other things, challenged funding shortfalls.

"The policy could not be successfully be implemented because we did not have enough resources to build fuel reserves in line with the plan," he said.

The petroleum policy is being revised in order to align it with the National Strategic Transformation (NST1). It awaits cabinet approval.

"The adjustments being made on the 2012 policy are more about reexamining standards of fuel and petrol stations, as well as legal and regulatory framework than infrastructure-led transformations," he said.

By the time the policy was designed, the region was grappling with rising cases of piracy in the Indian Ocean, which led to a sharp rise in fuel prices.

"Some ships carrying fuel would rather travel long distances in the water looking for safe ways to avoid being pirated or pay maritime security to accompany them to the ports to their destinations of Mombasa or Dar es Salaam and that would affect fuel price on the market not only in Rwanda but in the entire region," Opirah said.

By the time the policy implementation started in 2013, he explained, piracy had eased while there was also an upgrade on fuel reserves at both the ports of Dar es Salaam and Mombasa.

This increased fuel storage capacity and increased the prospects of sustained supply to regional landlocked countries.

"We no longer had a reason to invest a lot of money in building new fuel reserves because we at least had confidence that fuel shortage wouldn't happen in neighbouring countries," he explained.

The country imports between 400,000 and 600,000 cubic metres of fuel every year, of which 20 per cent is re-exported to neighbouring countries, especially DR Congo, hence increasing the need for more reserves.

Somalia to Launch First Oil Licensing Round in December

Uganda's Museveni Declines Granting More Waivers to Oil Firms
Tagged:
Copyright © 2019 The New Times. All rights reserved. Distributed by AllAfrica Global Media (allAfrica.com). To contact the copyright holder directly for corrections — or for permission to republish or make other authorized use of this material, click here.