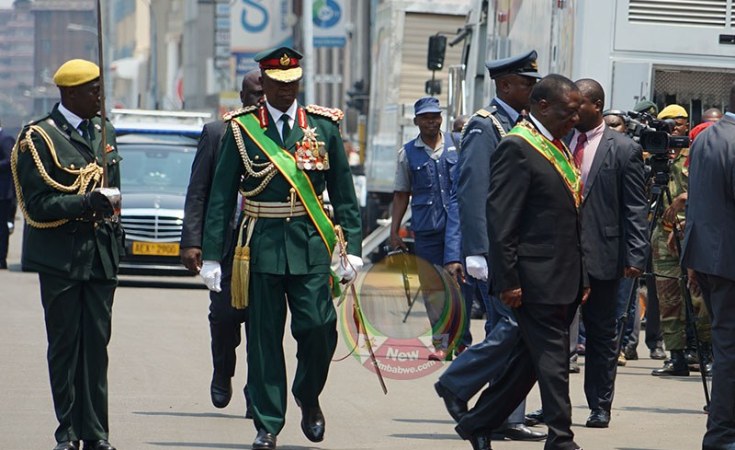 President Emmerson Mnangagwa, Tuesday honoured the late national hero and former leader, Robert Mugabe by observing a moment of silence before he began his State of the Nation Address (SONA).

The event coincided with the President's official opening of the Second Opening of the Ninth Parliamentary session of Zimbabwe.

Mnangagwa requested legislators to rise for a brief meditation in celebration of the life of the late former President.

Mugabe died early September aged 95 in Singapore where he was receiving cancer treatment.

"Before I begin my address, I kindly request the August House to observe a minute of silence in honour of the late Founding Father of our country and Former President His Excellency, Comrade R. G. Mugabe who passed on, on the 6th of September 2019.

"As we remember him, let us stand emboldened by the fact that we cannot change the past, but the future is in our hands," Mnangagwa said.

Mnangagwa deposed his predecessor, Mugabe in a November 2017 military coup and relations between the two former allies were strained since then.

Mugabe later referred to Mnangagwa as his "tormenter" and reportedly went on to instruct his immediate family that he would not have the latter who betrayed and insulted him pontificate over his funeral proceedings.

After government had several closed-door meetings with the late leader's family they settled to have his remains interred at the National Heroes Acre in a state of the art mausoleum but in a surprise twist of events, Mugabe was on Saturday buried at his rural Zvimba home.

Opposition MPs' Walk Out On Mnangagwa Was 'Pathetic' - Ruling Party

Busy Times for MPs As Mnangagwa Spells Out Legislative Agenda