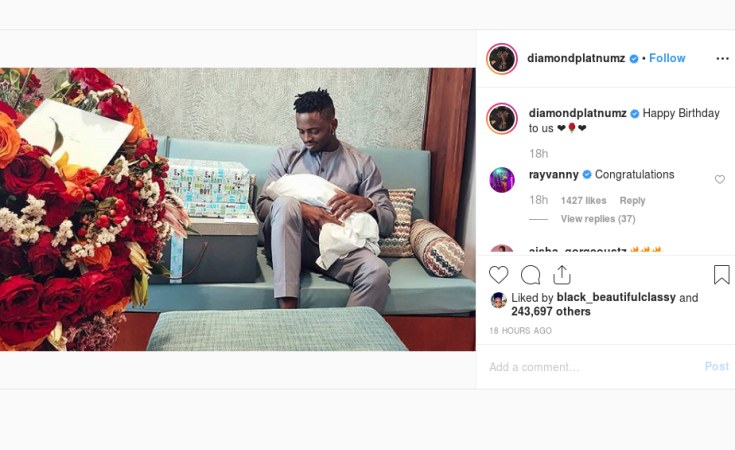 Dar es Salaam — Diamond Platnumz's Kenyan girlfriend Tanasha Dona has today October 2, given birth to a baby boy on the same date when the singer was born.

Diamond was the first to break the news on his twitter handle at about 2pm East African time, prompting congratulatory messages from his legion of fans.

Details are still scanty of the name of the new born but this is Diamond's fourth child whereas it is Tanasha Dona's first.

Diamond has three other children, two with Ugandan socialite Zari Hassan and a son with model Hamisa Mobetto.

With a perfect birthday present arriving in form of a son the singer had to call off all his commercial engagements of the day.

He posted a picture on his Instagram page saying, 'Happy Birthday to us'.

Despite being documented that the singer has four children now, his cousin Romy Jons seemed to know a different figure as he wrote saying that was baby number five.

It's Splitsville for Diamond and Tanasha
Tagged:
Copyright © 2019 The Citizen. All rights reserved. Distributed by AllAfrica Global Media (allAfrica.com). To contact the copyright holder directly for corrections — or for permission to republish or make other authorized use of this material, click here.