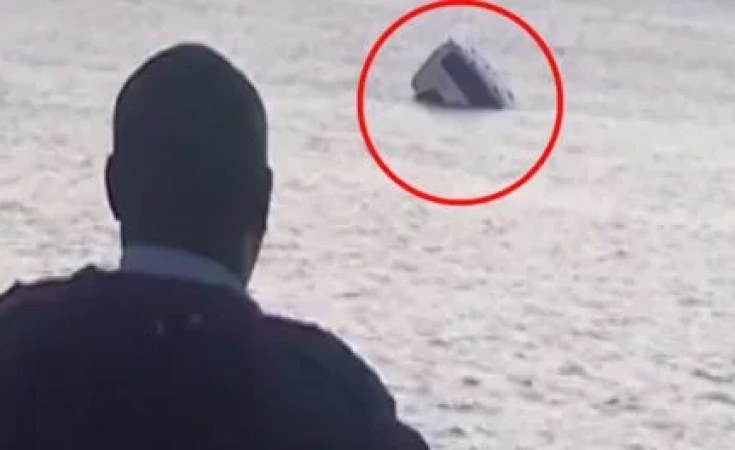 Nairobi News
A screenshot of a video that captured the moment a vehicle with two occupants submerged into the Indian Ocean after sliding off a ferry at Likoni Channel.
Capital FM (Nairobi)

of the wreckage of a station wagon that sunk into the Indian Ocean.

He said divers experienced visibility challenged adding that they were only able to rely on their sense of touch to check the objects they encountered in the locations said to be between 70 to 90 feet deep.

Kenya Ferry Services (KFS) which operates vessels across the busy channel had initial told the press the search had been narrowed to two probable spots.

On Wednesday the Kenya Navy reportedly deployed robots in a bid to establish the exact location of the vehicle that plunged into the Indian Ocean on Sunday evening with two occupants on board. +