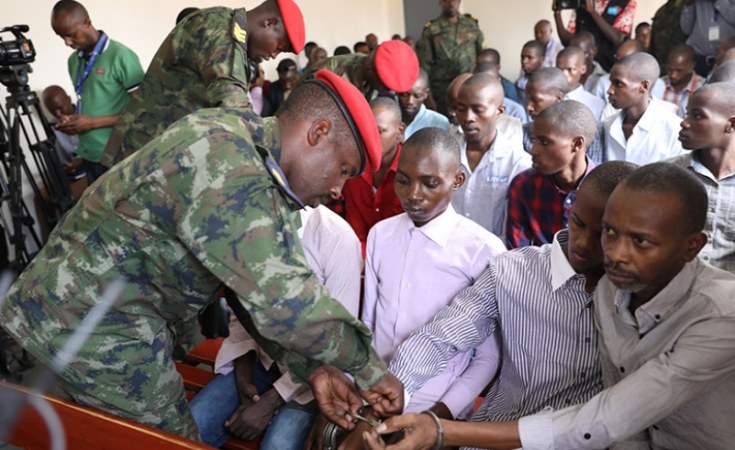 Twenty-five suspects linked to a terror outfit with military bases in the Democratic Republic of Congo were yesterday arraigned before judges at the Nyamirambo-based Military Tribunal.

Amid tight security, the suspects - all men - arrived at the court premises at around 11:30a.m on Wednesday in a motorcade that comprised a mini-bus and a specializsd van that transports detainees.

One by one, the suspects disembarked, first from the van then from the bus and were led to the courtroom.

The last suspect to be led into the courtroom was Maj (rtd) Habib Madhatiru, who walked with the help of crutches due to an injured leg owing to wounds sustained in a military operation against the militia outfit by Congolese forces in June.

Madhatiru, who was wearing a red T-Shirt, blue Adidas trainers and sandals, was the first to be called to the dock for verification of his identity, but he quickly told the judge that he would need more time to consult with his lawyer.

According to military prosecution, all the suspects were captured during a military offensive by Congolese armed forces as part of ongoing operations against the armed group and other negative forces.

They were later extradited to Rwanda.

They are members of an outfit called 'P5' which is an amalgamation of negative forces that include Rwanda National Congress (RNC), FDLR, among others.

During the pre-trial hearing, prosecution said that all the suspects were facilitated mainly by Uganda and Burundi to join the 'P5' outfit whose activities are detailed in a report by the UN Group of Experts published in December last year.

Led by South Africa-based fugitive Kayumba Nyamwasa, RNC is a terrorist organisation blamed for a spate of grenade attacks in Rwanda between 2010 and 2014 that killed at least 17 people and injured over 400 others.

Kayumba is a fugitive from the Rwandan justice, having been tried in absentia, convicted and sentenced to 24 years in prison.

Breaking down the particulars of all the suspects, prosecution said that 14 of the suspects were recruited from Burundi, eight from Uganda, two from Kenya, and one from Malawi.

Madhatiru, who retired from Rwanda Defence Force back in 2013, is known to have been the head of the outfit's military operations before he was captured.

He was recruited from Uganda by one Robert Higiro, another senior member of RNC, who is also a former RDF officer.

Higiro said to him that while RNC is solid, there was need to build a military wing and added that they had already found a base in DR Congo where Madhatiru would go and oversee a training base located in Minembwe, South Kivu Province.

After he bought into the plan, Madhatiru was first facilitated by the Government of Uganda to be registered as a refugee and sent to a protected camp in northern Uganda, which he used to recruit more fighters for the outfit.

Later, again facilitated by a number of Ugandan officers - mainly attached to the Chieftaincy of Military Intelligence, Madhatiru and a group of others were sent off to DR Congo.

The group travelled through Tanzania, then Burundi where they were given logistics before they proceeded into DR Congo, court heard.

"In Burundi, they were received and facilitated by Senior Burundian military officers, including Col Ignace Sibomana Chief J2 and one Major Bertin who is in charge of External Intelligence," prosecution said.

Madhatiru and his team, the military prosecutor added, were being hosted in Bujumbura at a hotel called Transit Hotel.

"Before they crossed into DR Congo, they were given guns and ammunition; the arsenal included 13 SMGs (Sub-Machine Guns), three LMGs (Light Machine Guns), one NMM gun and several boxes containing rounds of ammunition," he said.

The details about the support rendered to anti-Rwandan groups by both countries are consistent with confessions by other captured militia leaders who are already in Rwanda.

One of them is Callixte Nsabimana who headed another outfit called FLN, which has previously launched attacks on Rwanda in which people were killed, especially in south-western regions.

Appearing before Gasabo Primary Court in May, Nsabimana, who entered a guilty plea, said that Uganda and Burundi were their key allies.

Worth noting is the fact that most of the names that were mentioned by Nsabimana, be it of Burundian officers or Ugandans, especially attached to CMI, the same names kept coming back in the trial yesterday, as facilitators of the groups.

It is the same story with two senior FDLR officials who were late last year arrested by DR Congo security near the Bunagana border with Uganda, and later extradited to Rwanda.

The two -FDLR spokesperson Ignace Nkaka, best known as La Forge Fils Bazeye, and Jean-Pierre Nsekanabo, the head of the intelligence of the outfit - were returning from Uganda from a "business meeting".

The meeting, it later emerged, was facilitated by Ugandan State Minister for Regional Cooperation, Philemon Mateke, in which they met with others from RNC, where they concretised plans to form an alliance of the two outfits.

The RNC delegates were emissaries sent by Kayumba Nyamwasa, who currently lives in South Africa.

The combatants were each charged with four counts of; formation of an irregular armed group or joining it, conspiracy against the established Government or the President of the Republic, maintaining relations with a foreign government with intent to wage a war, and formation of or joining a criminal association.

Meanwhile, among the suspects that appeared in court yesterday were those of other nationalities; four Burundians, three Ugandans and one Malawian. 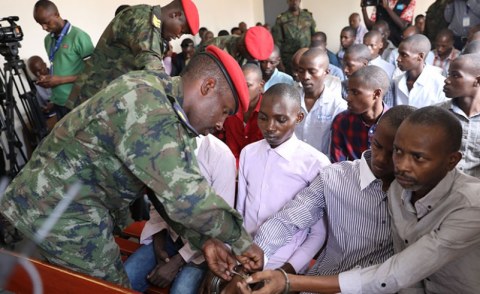 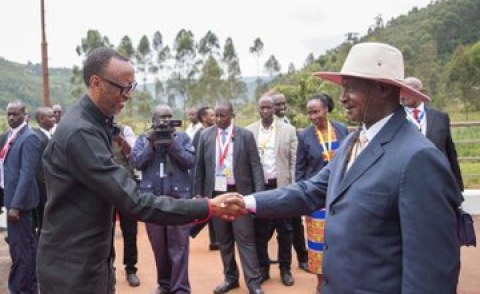 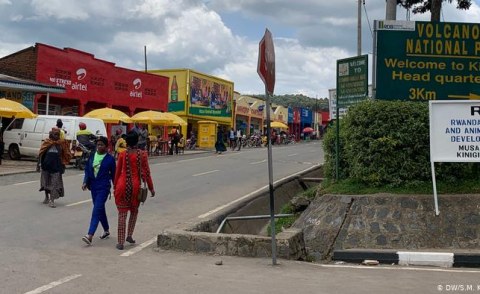