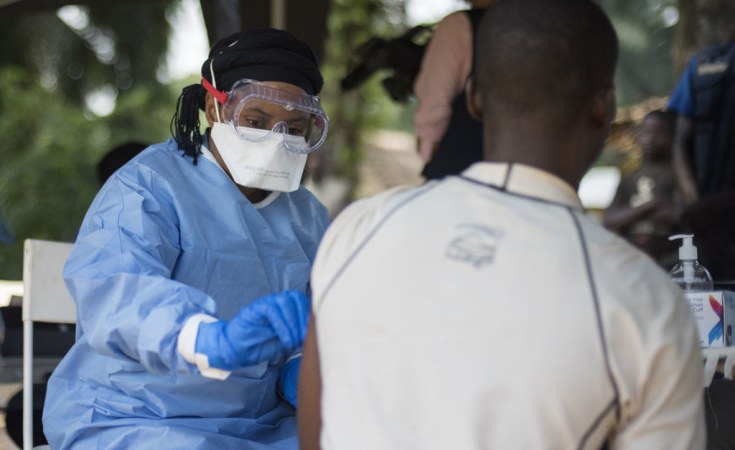 Uganda is going to deploy frontline health workers on the Uganda-Tanzania Mutukula border as a response measure for the Ebola outbreak in the Democratic Republic of Congo (DRC).

The minister of health Dr Jane Ruth Aceng has said. She revealed this during the 25th Health Sector Joint Review Mission in Kampala today.

Dr Aceng said her ministry has resolved to deploy health workers as a protective measure. She, however, adds that the development is not a confirmation of Ebola in Tanzania.

"I am not saying that Tanzania has Ebola. We are planning to deploy to protect the country at all fronts," she said.

This follows concerns from the World Health Organisation (WHO), about Tanzania’s obstinacy in investigating the suspicious death of a female student who succumbed to an Ebola-like disease a few weeks ago. The student died on September 8, in Dar-es Salaam, after travelling to the towns of Songea, Njombe, and Mbeya.

According to WHO reports, testing performed by the Tanzanian National Health Laboratory reportedly indicated that the student was positive of the virus.
Advertisement

Subsequent reports indicated that there were several other suspected cases and contacts in quarantine in various sites in Tanzania. Another case involving a 27-year-old male was reported days later of September 12.

But Tanzania has not declared a case of Ebola or the results of tests carried out on the suspected victims.

As Uganda plans to carry out deployments on the border, Dr Aceng urged health workers not to get tired of working in Ebola high-risk districts.

"This comes at a time when there's a lot of fatigue both in financing and staff. But I encourage health workers and everyone involved in the Ebola fight not to tire," she added.

The UK and US government offices have also issued warnings to travellers about the possibility of a concealed Ebola outbreak in Tanzania. The US Centers for Disease Control and Prevention (CDC) and the State Department updated their travel advisories for Tanzania on September 27, 2019.

The CDC's warning published on their website urges travellers to take extra care and to avoid direct contact with people who are ill.

“No travel restrictions to Tanzania indicated. However, travellers should remain aware of the situation and avoid direct contact with people who are ill, when possible. They should also monitor themselves for symptoms of EVD (fever, severe headache, muscle pain, weakness, fatigue, diarrhoea, vomiting, abdominal pain, unexplained bruising or bleeding) both during and for 3 weeks after travel,” the statement said.

According to the health ministry, as part of the deployment, people entering Uganda through the Tanzania border will have to adhere to Ebola protective measures like hand washing.

Uganda has in the last year since the Ebola outbreak was declared in DRC deployed several teams in more than 13 districts that border Uganda and the DRC.

African Countries Intensify Vigilance on Ebola
Tagged:
Copyright © 2019 The Monitor. All rights reserved. Distributed by AllAfrica Global Media (allAfrica.com). To contact the copyright holder directly for corrections — or for permission to republish or make other authorized use of this material, click here.