Nigeria: Buhari to South Africa - There Should Be No Xenophobia Again 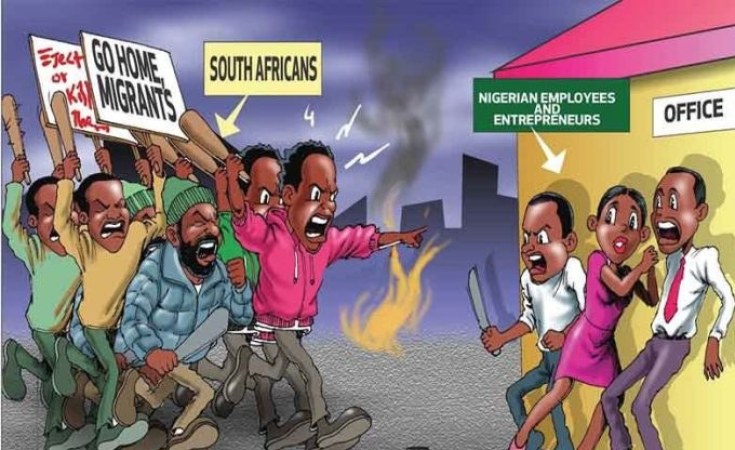 President Muhammadu Buhari yesterday called for the strengthening and implementation of all the necessary measures to prevent the re-occurrence of xenophobic attacks which threaten to undermine the existing "strong bilateral relations" between Nigeria and South Africa.

Buhari, who made the call in Pretoria, South Africa, said such attacks also threatened "what we stand for in the context of our vision for a strong and prosperous Africa we want."

He condemned the attacks against Nigerians and other African nationals living in South Africa, the looting of their shops and businesses and burning of their properties.

He also condemned the "very few incidents of retaliatory attacks on South African businesses in Nigeria".

Buhari, who called on the South African Government to open up its economy for more Nigerian businesses, while guaranteeing their safety, underscored the need for reciprocity in promoting trade and investments between both countries.

Buhari, who had co-chaired the inaugural meeting of the Bi-National Commission at the level of heads of state, implored the government to design policies that favour investments from Nigeria.

"We are pleased to inform you that our government has made doing business in Nigeria easier through the Ease of Doing Business Initiative to open up more opportunities for investors in Nigeria.

"We call on the Government of South Africa to also take steps to ease the doing of business in the country, and open up its market space for Nigerian businessmen and women.

"In this context, we are gratified that a Nigeria-South Africa Business Forum has been organized in the frame work of this state visit," he also said.

He called for more tolerance, vigilance and heightened security in countries to ensure safety of citizens.

Buhari, who reacted to questions during a press conference at the Union Building, alongside his host, said competition heralded by globalization, especially with ease in migration, would only get more intense for businesses.

The president said authorities should be more proactive in detecting early signals of violence between competitors, while migrants and companies should adhere to the local laws of countries.

"Police must be on alert not to allow violence to escalate," he said.

He said the panacea would only be for security agencies to show more interest in market operations, players and likely areas of tensions.

He told Nigerians living in various parts of the world, especially in South Africa, to adhere with the laws of the country they reside, and ensure compliance with market laws.

Buhari assured the South African government that their citizens and businesses in Nigeria would always be protected from harm.

President Ramaphosa, who said the attacks on foreign nationals was regrettable, assured that his government would do more to safeguard lives and property.

"We will always be grateful to Nigeria for the support we received during the dark days of apartheid.

"We shall never forget the role you played to ensure that our people get the freedom we are enjoying today," he said.

He said his country would create a more enabling environment for Nigerian businesses to thrive in South Africa, stated that more South African companies operate in Nigeria, while Nigerians were mostly in Small and Medium Scale sectors in his country.

He promised to deepen the reforms in his country to open the space for more Nigerian business to "address the imbalance".