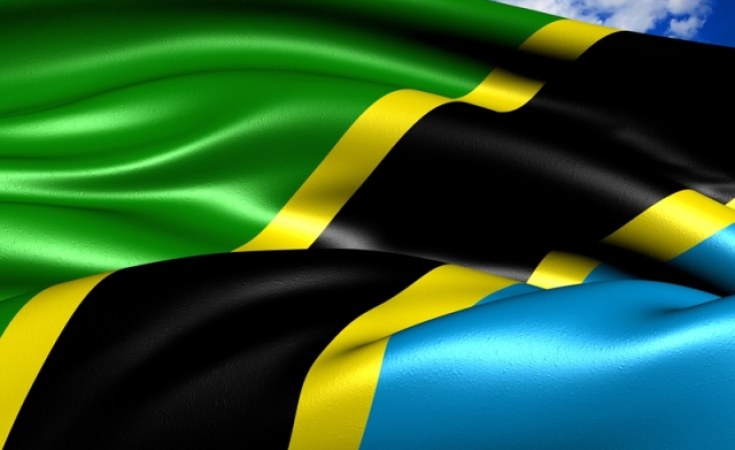 Across East Africa, Tanzania is strategically positioning itself as the next Sub-Saharan powerhouse, with the potential to draw billions, revitalize its economy and strive to industrialize Tanzania.

The third Tanzania Oil and Gas Congress, went a step further to explore crucial aspects within the extractives industry, such as sectorial collaboration for successful oil and gas projects, updates on Tanzania's projects and global market overviews and short-term demand and supply in Tanzania.

The congress brought forth strategic players from top-notch oil and gas industry spheres, who have been leveling the playing field for the past two days.

It goes without saying: Tanzania oil and gas landscape, is yet to see vital potential investments and operational improvement on domestic consumption and exportation of natural gas as well as oil exploration.

In that context, Tanzania stands to draw potential investors and elongate standing development strategies, not only via the extractive industry but mirroring oil and gas benefits to develop other sustainable parameters of the economy: Agriculture and transport in particular.

Collaboration in oil and gas projects

From Tanzania Zambia Pipeline (TAZAMA) to the game-changing- East African Crude Pipeline project (EACOP), vast volumes of gas and oil stand to be generated at the same time, expand the employability landscape via forward and backward linkages, as Permanent Secretary go about mentioning the 10,000 potential jobs to be created from EACOP project only.

Further, Permanent Secretary assured investors in the congress, of electricity stability in the coming years, whereby, Tanzania is striving to generate more than 2000MW by 2022 and sell surplus electricity to neighboring countries.

The most important aspects waved by the Permanent Secretary, focused on collaboration on operational and infrastructure sharing basis, whereby: Tanzania and Uganda in particular, could share various networks of pipelines, roads and railways--given the fact that, each respective country is investing billions (Standard Gauge Railway in Tanzania and strategic roads improvement in Uganda) to stronghold resources transit and improve transit trade in the region over time.

On the other hand, Shell and Equinor with a strong presence in Tanzania's oil and gas industry commented on their commitment to collaborating with Tanzania to harness potential oil and gas potential but also insisting on building trust among stakeholders, which is an important element in the business.

Further, Frederik Grootendorst, Shell-Tanzania, Managing Director, who works with 90 per cent of highly capable Tanzanian experts at his disposal, expressed his remarks on Tanzania's oil and gas resources.

"Shell is very happy to have Tanzania project in our portfolio, the fundamentals of the gas resources are very strong," He adds.

In that context, Silas Olan'g, Association of Tanzania Oil and Gas Service Providers (ATOGS) Board Member, emphasized on utilizing resource base collaboration to develop underground resources, for a sustainable on-ground development landscape in the region, calling out for regular policy and legal framework creation and reviews.

"The delays in many projects in many cases are because of lack of collaboration and participation in policymaking and regulatory framework," Olan'g comments.

According to TPDC, Managing Director, James Mataragio, at present 470 million standard cubic feet per day (mmscf/d) is the installed natural gas processing capacity and over 1000 mmscf/d on transportation capacity.

Per TPDC-chief, in the five years, Tanzania is expected to facilitate development of petrochemical industries, with three industries lining up for operations, after completion of the respective conditions.

PAET's Managing Director, Andy J. Hanna highlighted rather immaculate milestones, achieved on a collective basis (with Tanzania) over the past 15 years, including gas to power project, powering more than 47 industries (who are big taxpayers and employers).

"The potential for growth has always existed in Tanzania, but the government's development of natural gas infrastructure has transformed the potential to realize that growth," Hanna comments.

According to Bizimana Ntuyabaliwe, PAET's Deputy Managing Director, over $ 7.5 billion has been spent on Songo Songo gas field. PAET recognizes that: the current supply is just about meeting demand but there are vast potentials to get so much more.

"Of course, the growth profile remains uncertain, but there are general areas seen here, where it can and where it will occur" Hanna adds.

In respect to the current circumstances in Tanzania, particularly within the extractive industry, there are substantial areas for growth in the sector: new or expanded gas-fired power generation facilities and industrial power demand.

All these are driven by a various significant uplift in demand, calling for more production, whereas PAET indicates that, 2 to 3 (mmscf/d), is the projected increase in industrial gas demand, compared to 0.1 to 0.15 mmscf/d which stands now.

Despite the modest volume difference, the considerable impact expected to the industries is transformative. Through production, strategic investment and revenue generation.

A rather important lesson to Tanzania from Mozambique (delegate- oil and gas executive)- is for Tanzania to operate on calculated extractive industry paths, by applying fast track principles: focusing on exportation of natural gas and selling to huge markets, embarking on large scale exploration for wider markets and creation of robust fiscal parameters necessary for championing the sector development.

Only investment and oil and gas policies and laws, stand between Tanzania and it's validated ambition to become an industrial driven economy. It goes without saying that: with natural gas companies (in Tanzania) demand and supply predictions, as well as remarks on adjusting current investment circumstances, Tanzania could gain enormously or slower further oil and gas prospects.