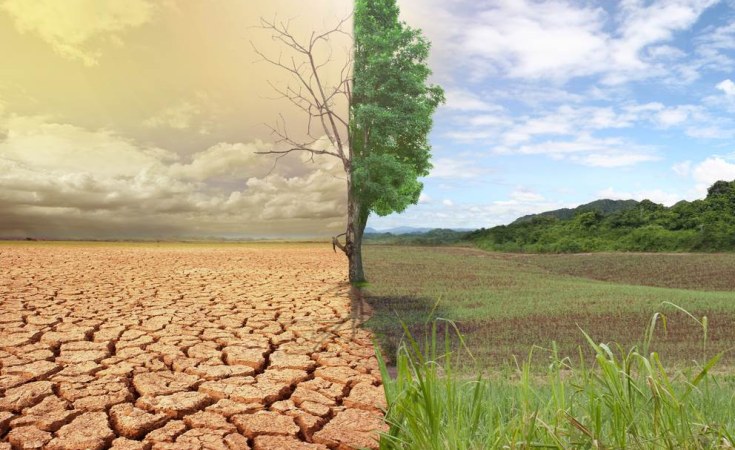 "Climate change is the biggest problem that we're encountering now," Lungu said in a one-on-one interview with VOA last week.

"In terms of economic growth and whatever we want to do, we encounter the effects of climate change. So I think we need to take a serious look at it and see what solutions we can find amongst ourselves," he said.

Zambia's $25 billion economy, its industries and its population have all been growing, Lungu said, and demands for electricity have exceeded expectations.

Meanwhile, the country has experienced more frequent and severe seasonal droughts, along with rising temperatures, according to the United Nations Development Program.

Economic output, including the country's ability to produce hydroelectric power, have suffered.

In an address to parliament last month on the state of the nation, Lungu slashed the forecast for economic growth from 4% to 2%, Reuters reported.

"When you have this huge demand, coupled with the negative effects of climate change, the power plummets from, say, 100% production to 20%. How do you meet the demand? And I think that's where we are now," Lungu said.

Zambia hopes to minimize the impact of climate change by increasing its reliance on renewable energy.

At the U.N. General Assembly in September, Lungu sought a consensus and expressed his hope for collective action. He called on other countries to shift to renewables and reduce emissions, even if there is a political price to pay.

Too often, he said, politicians have a tendency to kick the can down the road when it comes to acting on climate change. Lungu said he doesn't mind if Zambia's green initiatives upset voters, who will go to the polls in 2021 for a presidential election.

"Sometimes these decisions come at a time when you have an election coming in less than two years from now," he said.

To adopt renewables on a large scale, Lungu said Zambia's private sector will need to be convinced that it's worth investing. That could require changes to tariff laws and buy-in from political adversaries.

Last year, the leading opposition party lobbied for Lungu's impeachment, on the grounds he violated the constitution.

Lungu called insults and accusations directed toward him "outrageous," but said he's open to working with adversaries who have ideas for the country.

"If you insult me, I'll let people judge you, but if you talk to me, I'll call you in and we talk with these guys. It's about dialogue," he said.

Dozens Killed As Floods Leave Trail of Destruction in Angola
Tagged:
Copyright © 2019 Voice of America. All rights reserved. Distributed by AllAfrica Global Media (allAfrica.com). To contact the copyright holder directly for corrections — or for permission to republish or make other authorized use of this material, click here.