Libya: Up to 35 Russian Mercenaries Killed in Libya - Reports 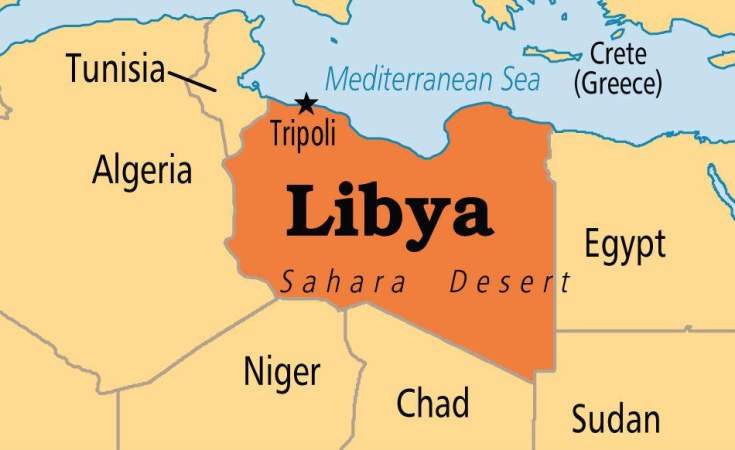 As many as 35 Russian mercenaries are reported to have been killed in Libya while they were fighting for Khalifa Haftar, the military general most associated with the rule of the late leader Muammar Gaddafi, who launched an offensive earlier this year on the Libyan capital of Tripoli, home to the country's internationally-recognized government, according to a Russian media.

The mercenaries are thought to work for the Wagner Group, a military contractor run by Yevgeny Prigozhin, a businessman nicknamed Putin's Chef because he holds lucrative Kremlin catering contracts.

Asked by VOA about the reports of the fatalities in an airstrike on the outskirts of Tripoli, where Haftar's forces have been bogged down for months, Maria Zakharova, the Russian foreign ministry spokeswoman, said she had "no detailed information" and suggested directing questions to Russia's defense ministry.

The spokeswoman later dismissed any notion the mercenaries are Kremlin-linked, saying there's little Russia can legally do to prevent "private Russian citizens from acting as bodyguards overseas." She added, "If Russian citizens get into trouble, our diplomatic missions can provide support for them."

Meduza, an independent investigative website, reported Thursday that up to 35 Wagner Group fighters were killed last month when an airstrike targeted them. The website, which has headquarters outside Russia and is currently under investigation by a Russian parliamentary commission for violating Russian censorship laws, quoted sources within the Wagner Group and Russian veterans saying the dead fighters mainly came from the Krasnodar, Sverdlovsk, and Murmansk regions of Russia.

Some had fought previously in the Donbas, the eastern Ukraine region, where a five-year conflict has left more than 13,000 dead.

Meduza interviewed the partner of one of the men believed to have been killed. Mother-of-one Oksana Chumakova said she'd not heard from her husband, Artyom Nevyantsev, but added he was away on a classified trip. "I don't know where he is," she said in a voice message to the news-site, with rising anxiety.

Nevyantsev, a 38-year-old Yekaterinburg native and a veteran of the Second Chechen War, was listed by Ukrainian authorities as having been active in 2014 fighting alongside pro-Moscow separatists in the Donbas.

One of the veterans quoted by Meduza subsequently denied having talked to the news outlet after the story was posted.

Yevgeny Prigozhin, the owner of the Wagner Group, was indicted last year by U.S. special counsel Robert Mueller for overseeing a troll factory that led Russian meddling in U.S. elections. Prigozhin mocked the Mueller indictment, telling the Russian state news agency Ria Novosti, "The Americans are very impressionable people; they see what they want to see. I have a lot of respect for them. I am not upset at all that I ended up on this list. If they want to see the devil, let them see him."

Since the indictment, Prigozhin has emerged as a key figure in what analysts say is a wide-ranging Kremlin influence operation aimed at boosting Russian clout in Africa at the expense of Western powers.

According to documents published in June by an investigative unit funded by Mikhail Khodorkovksy, an exiled critic of Russian leader Vladimir Putin, Prigozhin is the go-to oligarch for Moscow's ambition to turn sub-Saharan and North Africa into a strategic hub and to reduce Western influence. The documents, internal communications shared between Prigozhin's employees, outline what Wagner has accomplished and plans to do in 13 African states, including the Central African Republic, Madagascar, Sudan, Zimbabwe, Libya and South Africa.

The St. Petersburg-based Prigozhin has denied in the past the existence of the Wagner Group, but both were sanctioned by the U.S. Treasury Department in 2016 for supporting pro-Moscow separatists in the conflict in Ukraine's Donbas region.

The Treasury Department said Prigozhin provided extensive support to the separatists, including constructing a military base near Ukraine for Russian troops to use for deployments. Some Russian opposition leaders and independent military analysts suspect Wagner is a disguised unit of Russia's defense ministry, allowing the Kremlin to deny involvement and to minimize official military death tolls.

As the Libyan conflict rages, more foreign actors are being drawn into the fighting between the U.N.-recognized government of Fayez al-Sarraj and forces loyal to Haftar, who has the backing of the United Arab Emirates, Saudi Arabia and Egypt, as well as Russia.

In New York last week for the U.N. General Assembly's annual meeting, Sarraj told The Washington Post on Friday, "We ask the United States, if it believes in a political solution, to stop these countries from providing [Haftar] the money, the equipment and the weapons that has enabled him to continue."

Africa is 'Paying Heavy Price' for Libya - Niger's Issoufou
Tagged:
Copyright © 2019 Voice of America. All rights reserved. Distributed by AllAfrica Global Media (allAfrica.com). To contact the copyright holder directly for corrections — or for permission to republish or make other authorized use of this material, click here.