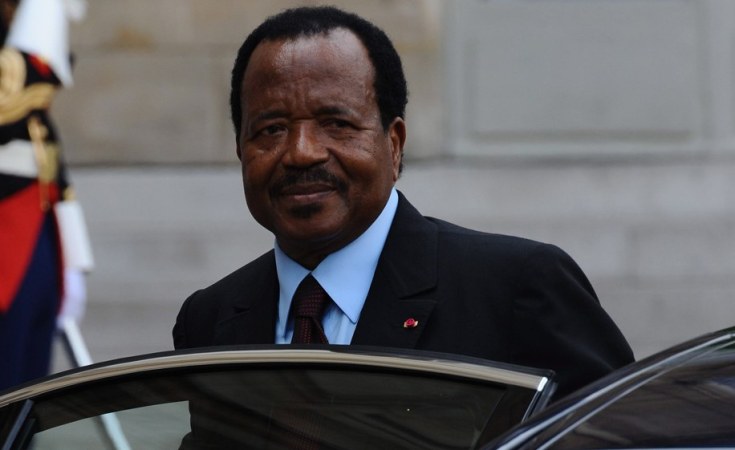 Cameroon separatists said the release of more than 300 fighters ordered by President Paul Biya is not enough to stop the war that has killed at least 2,000 people in the central African state.

Separatists said calm can only return if  leaders sentenced to life in prison are unconditionally freed. The president's order came during a "national dialogue" sponsored by the government this week.

Biya said the order is part of efforts to calm a conflict that has killed at least 2,000 people in the past three years.

Order is a positive step

Sylvanus Ngufor, a Cameroonian sociologist who took part in the dialogue, said Biya's order is a positive step, but said the government must do more to make English-speakers feel equal to the French-speaking majority.

"Our job is just starting," Ngufor said. "All documents be printed in French and in English with the same sizes or logos. One language should not be a little smaller than the other. We are trying to rebrand the Cameroonian culture."

Napoleon Ntamack, a 29-year-old taxi driver who traveled from the English-speaking town of Bamenda to take part in the dialogue, said peace can only return if top separatist leaders given life in prison by a military tribunal are unconditionally released.

These include the top separatist leader, Julius Ayuk Tabe, who was arrested in Nigeria with 47 of his supporters and extradited to Cameroon last year.

Autonomy must be addressed

Kobo Emmanuel, 35, said the English-speaking Northwest and Southwest regions must also be given autonomy.

"It is time for us to be given that opportunity to vote our governors, our administrators and to manage our resources," Kobo said.

Fontem Esua, Catholic archbishop of the English-speaking town of Bamenda, said even after the president's announcement, fighting was reported in four English-speaking towns, including Bamenda and Mamfe. He said this is an indication Biya must do more to end the conflict.

"The problem that has caused the situation in which we live now, is the fact that the people are not satisfied with the form of government," Esua said. "The best form of government in order to satisfy our needs is federalism."

Rebel groups refused to take part in the dialogue but said they would agree to negotiations if they take place in a foreign country with United Nations mediators and in the presence of world powers such as the United States, Britain, France and Germany.

Mixed Reactions to Cameroon Military's Reconciliation Effort
Tagged:
Copyright © 2019 Voice of America. All rights reserved. Distributed by AllAfrica Global Media (allAfrica.com). To contact the copyright holder directly for corrections — or for permission to republish or make other authorized use of this material, click here.