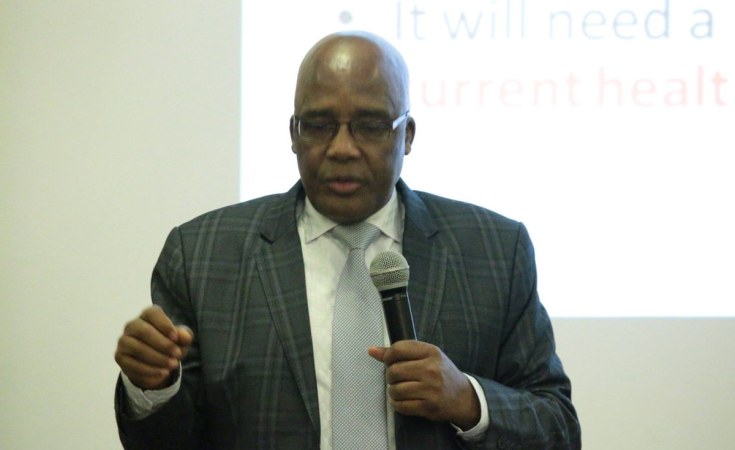 President Cyril Ramaphosa has recently made a welcome commitment to take measures to prevent a recurrence of deadly xenophobia and to ensure that South Africans and our neighbouring states act lawfully in addressing the migration crisis. One person he should talk to is his Minister of Home Affairs, Dr Aaron Motsoaledi.

In a recent address to the parliamentary portfolio committee on the performance of the Department of Home Affairs, Minister Aaron Motsoaledi made several disturbing comments -- indicating a worrying lack of understanding of the core mandate of the department as the custodian of refugee protection in South Africa.

In his diatribe against asylum seekers, Motsoaledi questioned why there are so many African asylum seekers when, in his view, there are no conflicts on the continent. He also complained about the negative media reporting on the dismal state of the asylum system, claiming the SABC was harassing department officials about corruption and inefficiencies at the refugee reception office in Pretoria.

Perhaps most worrying was Motsoaledi's criticism of the South African courts' rulings to prevent the unlawful return of people to countries where they face persecution and to allow asylum seekers to work and operate businesses while waiting for the department...

Refugees in South African Church Are Not Homeless, Court Hears
Tagged:
Copyright © 2019 Daily Maverick. All rights reserved. Distributed by AllAfrica Global Media (allAfrica.com). To contact the copyright holder directly for corrections — or for permission to republish or make other authorized use of this material, click here.