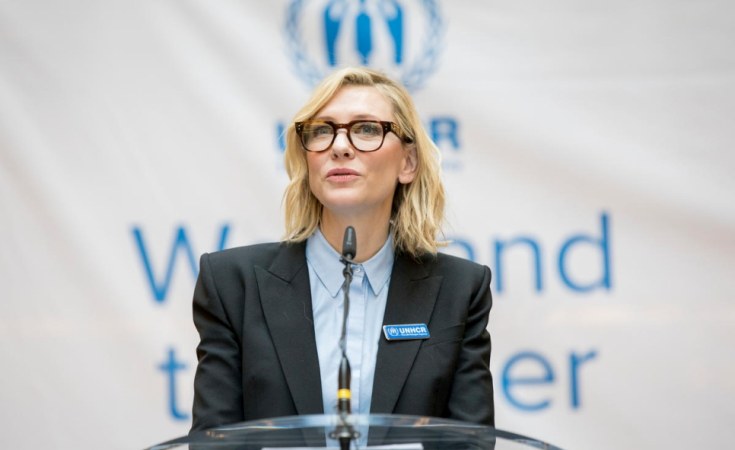 London — Film star Cate Blanchett urged the world to end the devastating plight of millions of people with no nationality on Monday, describing statelessness as a "heartbreaking" waste of human talent and potential.

The double Oscar-winner made the plea at a major intergovernmental meeting in Geneva aimed at accelerating a global campaign to eradicate statelessness - an issue she admitted she was unaware of until relatively recently.

"Statelessness has a devastating impact on millions of people around the world. They experience marginalisation and exclusion from cradle to grave ... It's total invisibility," she told the media afterwards.

Stateless people are often denied education and medical care, cannot travel, open a bank account, marry or even get a death certificate when they die, she said.

Almost every country is represented at the meeting, which marks the midway point in a decade-long campaign to end statelessness called #Ibelong.

The Hollywood star held up her own passport, credit card and Medicare card as she urged ministers and government officials to imagine how difficult life would be if they had no documents.

"It's a condition of invisibility and it lurks in the margins and in the shadows," she said. "Stateless people are unseen and unheard."

"Her personal story absolutely blew me away," the actress said. "(She's) an extraordinary beacon of hope."

Mamo told delegates how her hopes of studying medicine and joining a Lebanese basketball team were crushed because she had no papers, and how she had lived in constant fear of checkpoints.

Blanchett said she had been particularly moved by the "inhumane and heartbreaking" situation of a nine-year-old she had met in Lebanon who wanted to be a doctor.

Although her mother was Lebanese, the girl had inherited her father's statelessness, making it unlikely she could stay in school.

"Apart from the moral responsibility we have to solve this problem, it's such a waste of human capital. I found it a tragedy," Blanchett said.

Lebanon is among 25 countries with discriminatory laws that prevent or limit women passing their nationality to their children - a major cause of statelessness.

The world's biggest stateless population are the Rohingya, hundreds of thousands of whom have sought safety in Bangladesh after fleeing Myanmar which does not recognise them as citizens.

Blanchett, who visited Bangladesh last year, said the Rohingya showed how a local problem could escalate over decades to become an international crisis.

The UNHCR hopes the film star's support for the #Ibelong campaign will boost low public awareness around statelessness.

But the actress said she was ashamed to say that when the UNHCR first approached her she did not even know such a problem existed, let alone that millions were affected.

Blanchett appealed to all nations to give stateless people "their basic human right to belong", adding that solutions were often straightforward.

"It is a man-made problem and it is solvable," she added.

UNHCR chief Filippo Grandi said they had already received more than 170 pledges of action before the meeting.

But he warned that "damaging forms of nationalism" and the "manipulation of anti-refugee and migrant sentiment" were putting progress at risk.

No one knows how many stateless people there are because less than half of countries have data. The UNHCR has previously estimated the total at 10 million.

UNHCR: Global Forced Displacement Crisis Must be Addressed and Resolved 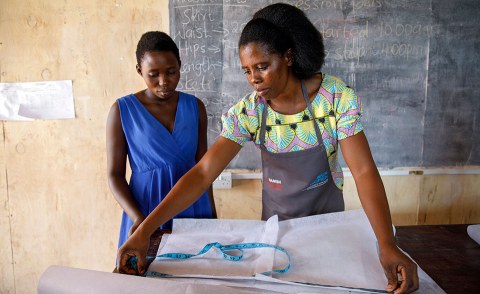 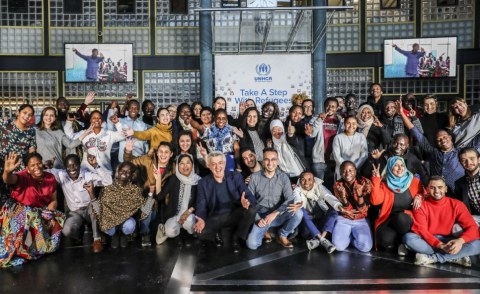 We Would Do It Again - African Migrants on Journeys to Europe
Tagged:
Copyright © 2019 Thomson Reuters Foundation. All rights reserved. Distributed by AllAfrica Global Media (allAfrica.com). To contact the copyright holder directly for corrections — or for permission to republish or make other authorized use of this material, click here.