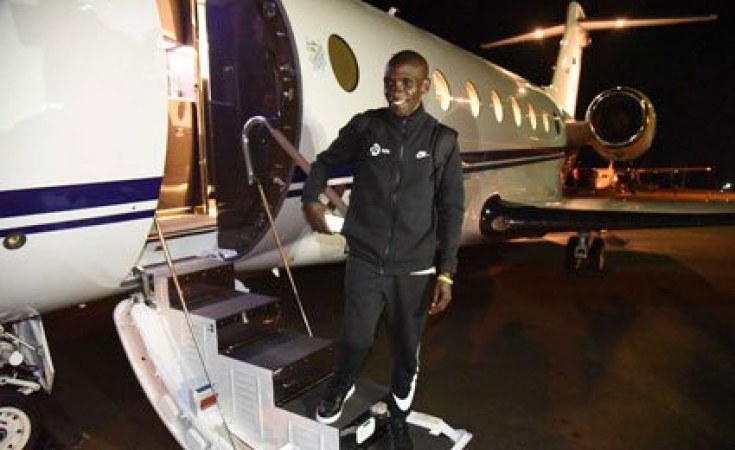 Nairobi — Eliud Kipchoge boards a special flight to Vienna, Austria on Monday night, the weight of history tagged on his shoulder, but a load he is not afraid to carry or sustain the pressure that comes with the expectations from his fans all over the world.

Between this Saturday and Monday, Kipchoge will attempt to become the first man to run a marathon under two hours when he illuminates as the centre of the Ineos 1:59 challenge, making an attempt at breaking the barrier for the second time.

"I think we are ready. We have trained well and prepared him to the best of our abilities. Now, it is up to the athlete," his coach Patrick Sang told Capital Sport.

Kipchoge has been training at his Global Sports Communication camp in Kaptagat for the last few months, getting his mind ready to write history, pushed on by his own philosophical line that 'no human is limited'.

"It is a mixture of everything; we are excited, we are nervous... and it is now just a matter of waiting for the event and we see what comes of it. We are hopeful," Sang further noted.

Previously, the window of the race had been set for between October 12 and 20, but now the same has been squeezed down to three days and a decision will be reached on the exact day by latest Wednesday evening depending on the weather conditions.

The preferred date for the historic race is Saturday October 12.

Once the green light is given the three-day countdown begins and Kipchoge will switch his nutrition and begin carb-loading. Carb loading is a strategy used by endurance athletes to maximise the storage of glycogen in the muscles and liver.

"The unique nature of this extraordinary event means we are not in a position where we can confirm the date or the start time of the Challenge until we can be absolutely certain the weather conditions are suitable,"

"We have got a world-class team of meteorological experts working on this alongside the Austrian Meteorological Office to inform the Performance team and enable the decision process, and in turn let fans around the world set their alarm clocks and be part of the INEOS 1:59 Challenge," Robby Ketchell who is leading the meteorological team told the race's official website.

The optimum weather conditions for the INEOS 1:59 Challenge are a temperature between 7 and 14 degrees Celsius, humidity below 80 per cent, dry conditions and without too much wind.

Once the date is set, the exact start time for the INEOS 1:59 Challenge will be confirmed the day before. The start time will be between 5am - 9am local time (6am-10am EAT)

The decision for the optimal start time will take into account various factors including weather, nutrition and Kipchoge's circadian rhythm.

Kipchoge will undertake this challenge with a clearer mind and by his own admission, he finds himself better prepared than he was in 2017 when he took part in the Breaking Two project by his apparel sponsors Nike.

"This time I have a stronger mentality and more experience because I know what to do for the race," Kipchoge said in a past interview.

In the 2017 race that went down at the Monza Formula One track in Italy, Kipchoge, the current world record holder came 26 seconds close to achieving the target.

A total of 41 pace setters drawn from around the world, but most are from Kipchoge's training group in Kaptagat. The pacers already had their reconnaissance on the Vienna course where they rehearsed their exact movements, timings and interchange formations.

This is to ensure that Kipchoge runs at a requisite and steady pace throughout the race to achieve the desired 1:59 timing.

Special Jet for Eliud Kipchoge Ahead of Historic Feat

Why Church Will Hold Special Mass for Kipchoge 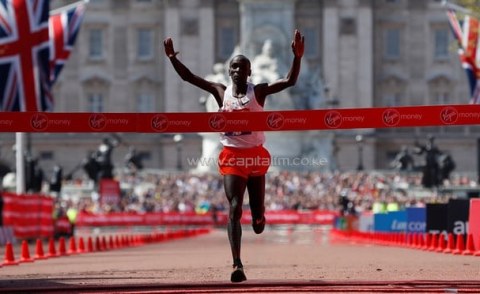 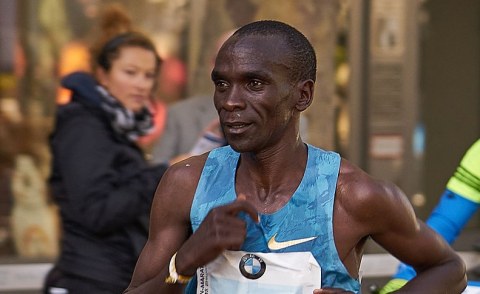 Kenya's Kipchoge Makes History With Sub-Two-Hour Marathon
Tagged:
Copyright © 2019 Capital FM. All rights reserved. Distributed by AllAfrica Global Media (allAfrica.com). To contact the copyright holder directly for corrections — or for permission to republish or make other authorized use of this material, click here.