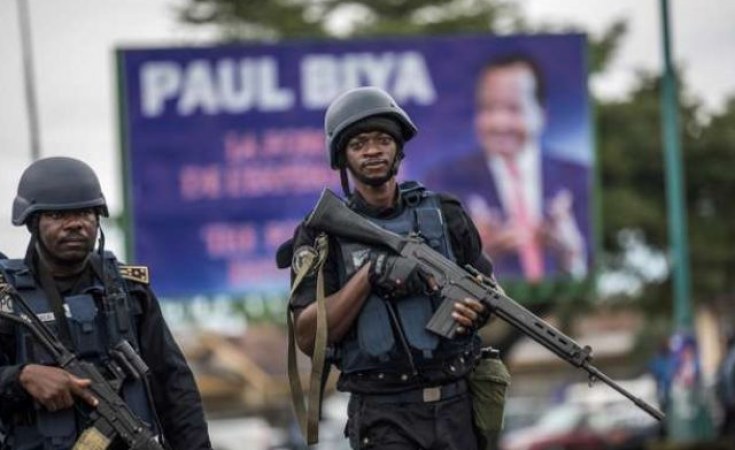 On the strength of the presidential decision to discontinue proceedings for persons linked with the ongoing crisis rocking the North West and South West regions; the Military Tribunal in Bamenda on October 4th, 2019 freed 55 people awaiting trial at the B

Major Tsuite Bernard, the Commissioner of the government at the Bamenda Military Tribunal conducted the final action on October 4th, 2019 that freed some 55 persons hitherto awaiting trial at the Bamenda central prison. In all; 53 were men and two were women being tried for charges linked to the ongoing socio-political and security crisis rocking the North West and South West regions. Their release came on the strength of President Paul Biya's decision on October 3rd, 2019 to discontinue the proceedings, greeted by many as a welcome appeasement measure towards encouraging a return to normalcy in the affected regions. It was a day for family members and friends of the concerned beneficiaries who rejoiced and smiled away from the isolation and frustrations of the Bamenda central prison. Loved ones filed out at the premises of the prison to take home beneficiaries who had regained freedom. It has been three years of deprived freedom for some, two months for others and the presidential decision reunited them with their friends and family members. The event in Bamenda featured moments of advice from the Military Tribunal. It was all about encouragements for beneficiaries to be repentant, spirited and reintegrate their communities with hope and commitment to be positive and to play a gainful role in personal development and nation building. It emerged from the Military tribunal that 77 were enrolled in charges linked to the crisis but only 55 regained freedom because others had already been jailed and did not qualify for the largesse of the October 3rd presidential decision.