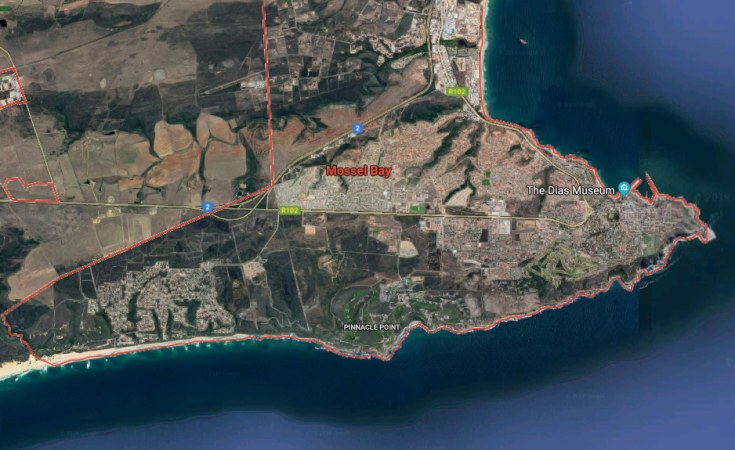 The family of a 14-year-old pupil from Thuto-Tiro Comprehensive School who was allegedly stabbed to death by a fellow classmate is struggling to come to terms with the incident.

More so because the two were close and their mothers were also friends.

Tshepo Mphehlo was allegedly killed by the 15-year-old on Monday morning in a classroom at the school in Sebokeng Zone 10, Gauteng.

The Grade 9 pupil was stabbed in the chest with a scissor.

It is alleged that the duo had been "playing" with one another when the incident happened.

On Tuesday morning, Mphehlo's mother, Dikeledi, could not contain her tears as representatives from the school governing body and residents, some clad in various political party regalia, walked to her home, which is just a kilometre from the school, to offer their support.

The 44-year-old said after hearing what had happened to her son at school, she was unaware who had stabbed him. It was only after demanding to see the picture of the alleged perpetrator did she realise that it was Tshepo's friend.

Dikeledi said the revelation had left her shocked to the core because the two were close, adding she was also close to the suspect's mother.

The 15-year-old has been arrested and faces a charge of murder.

"Seeing that it was a child I know who allegedly killed my child, I didn't know what kind of test God had put before me. I felt a lot of pain. I didn't know what to do. I felt pain for my child and [also for] the one who killed him," an emotional Dikeledi said.

Tshepo and his alleged killer have been friends since they were young and attended the same primary school before moving to Thuto-Tiro Comprehensive School to pursue their high school education.

The family said never in their wildest dreams did they think that a tragedy like this would happen, with one of the boys lying in the mortuary and the other in custody facing a murder charge.

A distraught Dikeledi said she had attended many parents' meetings with the suspect's mother and during their walks to the school, they would discuss social issues as well as their children's performances.

Recalling her son's last moments, she added Tshepo had prepared himself for school earlier than usual, saying he, on a normal day, got ready for school around 06:30 but on Monday he was ready at 06:00.

Dikeledi said when she asked why he was up so early, Tshepo answered that he needed to be at school earlier because he had schoolwork to finish.

"He bathed, finished off and asked for tuck shop money, I told him it's there on the table and he said bye and that was it, my child [was] gone and that was the last we spoke."

Tshepo's aunt, Anna Msibi, said the incident had left the family in limbo because they were hurting.

"At the same time, we're feeling sorry for the arrested pupil because we know they were friends and had never fought before.

"We as parents are shocked and don't know what to do. Even the child in jail, we feel sorry for him. What is currently happening is that an evil spirit has taken over our schools. There is an evil spirit [and] it has defeated us as parents and is now impacting our kids."

Msibi said the arrested pupil's family had asked to visit them, and they saw nothing wrong with that because "no parent sends their child to kill another".

"When they [children] leave home, no one knows what they get up to at school," she added.

Morube said she had travelled from Kroonstad in the Free State to Sebokeng to offer support to her daughter after hearing what had happened.

She added that her daughter was not at home and had gone out to meet with the police.

"I was shocked [to learn about the incident]. I know that he [the suspect] is a respectful and humble child. I was left confused because the [deceased] is his friend. They used to time and again come here. They were always happy, and would always walk together to school," Morube said.

The National Association of School Governing Bodies (NASGB) said the incident at the school was "unfortunate".

It also said the stabbing was also not gang-related or politically motivated, and that it was not premeditated and both the pupils had never had a fight before.

"What happened was pure misfortune," separate from recent incidents at two other schools.

"It has never been our place nor our style to point fingers and put the blame on others, and we are certainly not going to start now. As parents, we often try our utmost best to be involved in any way possible in support of our children's education," the body said in a statement.

Mossel Bay Teen Bludgeoned to Death for Her Branded Shoes