Nigeria: Thousands Missing in Nigeria After a Decade of Conflict 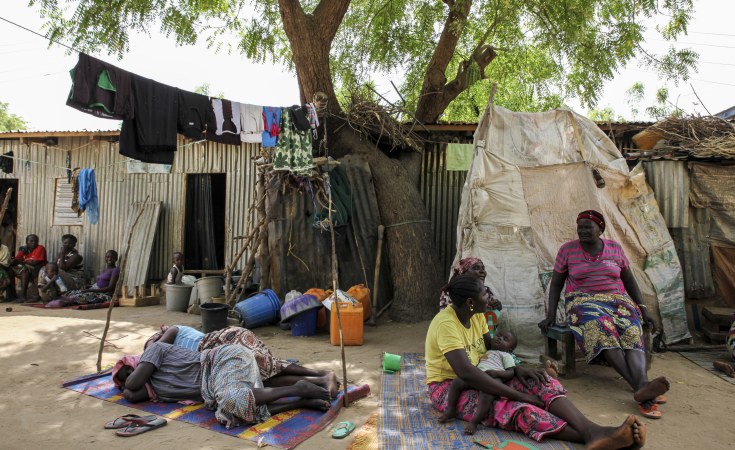 Maiduguri — About five years ago, Abdulhamid Bala narrowly escaped a brutal attack after the armed Islamist group known as Boko Haram invaded the remote community of Gwoza where he lived with his family in northeastern Nigeria's Borno State.

"Many Boko Haram members infiltrated the community but there were about 10 of them chasing us on motorcycles. They were shooting at us sporadically," Bala told VOA.

Boko Haram had struck Gwoza several times and in August 2014, the insurgents completely overran the town, declaring it their headquarters.

In the midst of the chaos, Hamid ran into the mountains surrounding Gwoza losing sight of his father and younger brother. They've been missing ever since. Hamid reported his missing relatives to the International Committee of the Red Cross.

The International Committee of the Red Cross (ICRC) says their highest caseload of missing persons in the world is currently in Nigeria.

Nearly 22,000 Nigerians have been reported as missing and 90% of the cases are linked to the Boko Haram insurgency, the Red Cross reports.

The armed sect declared war on the Nigerian government in 2009, with the goal of establishing an Islamic caliphate.

It's estimated that 2 million people have been displaced by the conflict and many ran to the Borno state capital of Maiduguri to seek safe haven.

Bala also fled to Maiduguri, about 140 kilometers northwest of Gwoza. He lives with his wife in the city's largest refugee camp Bakassi, with more than 43,000 others. At the sprawling camp, many people have stories about being separated from a relative.

Children are especially vulnerable, with nearly 60% of those in the registry minors at the time they disappeared.

"Every parent's worst nightmare is not knowing where their child is. This is the tragic reality for thousands of Nigerian parents, leaving them with the anguish of a constant search. People have the right to know the fate of their loved ones, and more needs to be done to prevent families from being separated in the first place," said ICRC President Peter Maurer during his visit to Nigeria last month.

But the registry of 22,000 people does not capture the complete picture on the ground, as Edward Muthoka, the head of the ICRC's Restoring Family Links team in Maiduguri explained.

"The security situation determines where we can work and where we cannot work. So the 22,000 is the tip of the iceberg because what about the areas that we never had a chance of going to? What about the villages where something happened and everybody was wiped out?" Muthoka told VOA.

The ICRC works closely with state agencies and community leaders to carry out its work.

But the government of Borno State, the heart of the insurgency, admitted that it's struggling to reunite families.

"When you don't have the capacity, either in terms of human resources or in terms of institutional strength, it becomes a challenge to carry out the responsibility because we are learning from our international partners who have the expertise, especially the ICRC, the UNHCR and UNICEF," said Ya Bawa Kolo, the executive chairperson of Borno State's Emergency Management Agency.

The nature of the insurgency means that people have been displaced many times making it harder to find them.

The ICRC has solved 367 cases of missing persons, helping to bring closure to relatives who don't know if a family member is dead or alive.

Aperafubu Shettima was disconnected from his family after a 2015 Boko Haram attack on his community. After being reunited, the 14-year-old is now living happily with his parents and siblings at an IDP camp in Maiduguri.

Aishatu Bulama says the ICRC helped trace three of her young children. She, too, reunited with the rest of her family earlier this year.

On the other side of the camp, Hamid is trying to cope.

Earlier this year, he was showing signs of emotional distress, withdrawing from socializing with others at the camp, said Mohammed Buba Dada, an official from the International Organization for Migration.

Dada said that some refugees with missing relatives are exhibiting symptoms of depression. He encourages them to visit the camp's resource center, set up by IOM, where refugees can play games, do artwork and mingle with one another as a way of managing the burden of not knowing where some of their loved ones are.

There, Bala enjoys playing board games. But the games only give him temporary relief. He wants news about his father and brother. He says at this point, any news would make him feel much better.