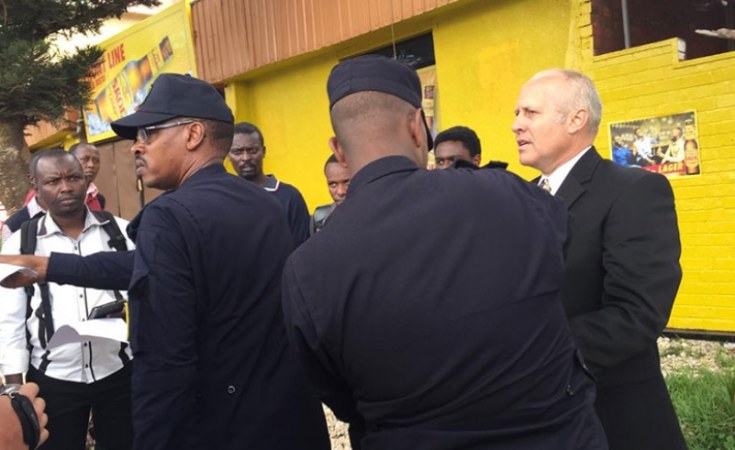 Women activists have been left stunned by "outrageous" claims by a conservative American pastor who was deported Monday after he was declared a "prohibited immigrant".

Rwanda's Directorate General for Immigration and Emigration ordered removal of Gregg Brian Schoof several hours after he was arrested by the police for "disturbing public order".

Schoof was arrested outside Amahoro stadium in Remera where he had convened journalists for a news conference after a bar where he had booked a room the event denied him access because he failed to provide necessary approval from authorities.

At the gathering, he distributed a statement containing wild allegations against the Government and several regulatory organs that sanctioned him for repeated violations by his now-defunct Amazing Grace Christian FM radio station.

His FM radio station's license was revoked by Rwanda Utilities Regulatory Authority (RURA) in April last year over failure to comply with the regulator's sanctions arising from a controversial sermon that denigrated women.

The show, in which a radio presenter and evangelist Nicolas Niyibikora denigrated women referring to them as evil, was aired on January 29, 2018.

Niyibikora later fled the country after a group of women activists lodged a case against him, according to Rwanda Invesntigation Bureau.

Women activists have since condemned both the sermon that depicted women as "source of all evil" and Schoof's attempt to defend Niyibikora and his own insolent claims that undermine the country's gains in inclusiveness and equality.

Olive Uwamariya, a gender activist, said it was obvious that Niyibikora's remarks last year were highly inflammatory and disrespectful to women, adding that the now-closed radio station and its boss promoted sexism.

What Schoof said this week was adding insult to injury, she said.

In his statement, Schoof criticised the Rwandan government for easing access to condoms in schools "which promotes filth and leads to a skyrocketing number of teenage pregnancies." He also claimed that "women can now kill their babies through abortion" and that "churches are illegally closed down".

In some of the extraordinary claims, Schoof alleged that Rwandan "schools teach evolution and say there in no God", and that "pastors are put in jail just for having church".

He rhetorically posed, "Is this government trying to send people to hell?"

But his claims have attracted condemnation, with Uwamariya adding "access to age-appropriate information and services about sexual and reproductive health is a right and every young person is entitled to that in Rwanda".

"This allows them to make informed choices about their bodies, sexuality and reproduction including if, when and how to have children."

While acknowledging that teen pregnancies has become an issue nationwide, she pointed out that rather than limit access to contraceptives as the American evangelist seemed to suggest, it should be much easier for teens to access contraceptives.

She also denounced the American pastor for attacking the Government for allowing legal abortion. "Some people have worked so hard for our girls and women to have access to safe and legal abortion under certain circumstances such as rape.

Schoof also accused the Government of unfairly closing his church, adding "How can anyone smack God in the face and close a church without even giving a reason. This is what devils do! They will have problems when they stand before God!"

He also brazenly claimed that the Government "has taken a stand against God with its heathen practices".

"I hope Christians will do their lawful part in all this and simply do what is right and help fix these problems," he sensationally said in the three-page bizarre tirade.

Ange Ashimwe, a gender activist and founder of Arahirwa Foundation, an organisation that supports vulnerable women, asked 'why do some people want to impose their beliefs on a secular state?"

She also challenged those who seek to use the Bible to promote fundamentalist tendencies.

"We must not accept intolerance and extremism in the name of religion."

She accused both Schoof and Niyibikora for dehumanising women and seeking to undo the progress made in promoting gender equality and women empowerment.

Egidie Bibio Ingabire, president of the Association of Rwandese Female Journalists (ARFEM), denounced the pastor's comment that Rwandan women are "killing their babies'.

"The law allows women to abort in cases of rape, forced marriage and incest, and you'd have expected someone who claims to have a following to know and respect the law," she said.

Ingabire was also left stunned by Schoof's suggestion that the Government was 'sending its people to hell' because of its policies on such issues as abortion and access to contraceptives. "Where does he derive the audacity to make such a judgment?"

It also emerged that Schoof had also been severally warned against perpetuating hatred against the Muslim faithful, through his FM radio station - which has since lost its operating licence - as far back as 2014.

A statement released yesterday by the Rwanda Media Commission, the self-regulatory body of the media sector, indicated that Amazing Grace FM station had disregarded the former's advice that it seizes to broadcast an inflammatory talk-show that had been found to be unethical and slanderous against Islam.

Schoof has also been accused of misrepresenting facts, including the claim that the Rwandan government was illegally closing places of worship, considering that many of these facilities have since reopened after meeting minimum standards.

A recent story by The New Times indicated that many church leaders and faithful were happy with the subsequent upgrades on places of worship, some even describing the suspensions as a blessing in disguise.

Pastor Viateur Murekezi, of Pentecostal Church Cyahafi in Nyarugenge District, whose church had been closed in 2018 over noise pollution and lack of enough toilet facilities for the congregants, said the suspensions had triggered commendable upgrades.

"Worshiping should be done in an organised way," he said. 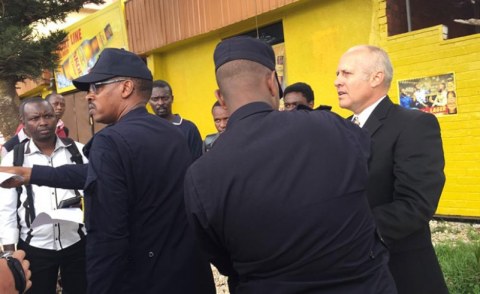 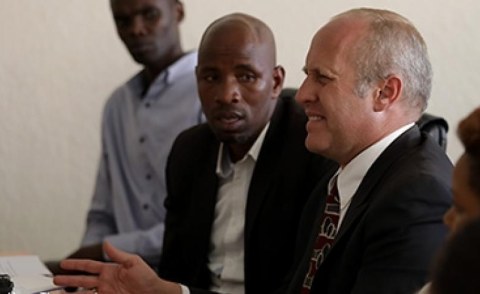 Rwandan Authorities Suspend Christian Radio Station For Misogyny
Tagged:
Copyright © 2019 The New Times. All rights reserved. Distributed by AllAfrica Global Media (allAfrica.com). To contact the copyright holder directly for corrections — or for permission to republish or make other authorized use of this material, click here.