South Sudan: 6 Years of Atrocities Without Justice for South Sudanese-Amnesty 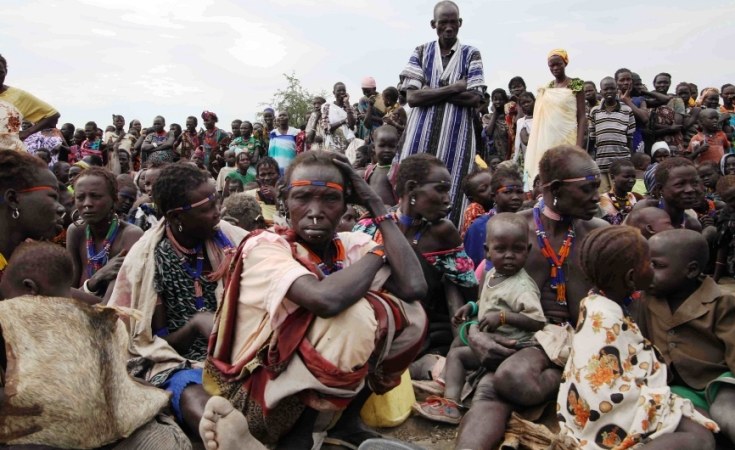 Nairobi — Victims of rape, torture and other human rights violations in South Sudan are yet to get justice, more than 6 years after violence erupted in the country.

A new report by Amnesty International paints a dim picture for the troubled neighbouring country, as perpetrators of crime, either those in Government or allied to the rebels walk scot-free, as millions suffer for their actions.

The lobby group urges the African Union to issue a 6-month ultimatum for the South Sudanese Government to facilitate the prosecution of those accused of violating human rights, failure to which the continental body should proceed and set up an ad-hoc tribunal, to guarantee justice.

Capital News spoke to Amnesty International's Deputy Regional Director Seif Magango, who noted that the South Sudanese Government has frustrated efforts to deliver justice to the victims through intimidating the Judiciary by firing Judges and promoting judicial officers vouching for status quo in the country.

"They (the South Sudan Government) have created an environment that is not conducive for the judges to deliver impartial and independent rulings," he said during the interview held on Tuesday.

In fact, he noted that some Judges "have been forced to resign in protest or out of fear of reprisals."

A former Judge who spoke to Amnesty International investigators said "the Judiciary is not functional because there is a political decision for it not to be functioning.

Under the South Sudanese law, the President has no power to dismiss judges but instead, such a decision is made by a "Board of Discipline", after investigations of the alleged misconduct.

But in one instance, as established by the lobby group, President Salva Kiir summarily dismissed the then Deputy Chief Justice in 2016 through a presidential order.

Among the damning revelations in the report is the use of sex as a tool of violence, mostly targeting women and children, in what left 1.9 million people internally displaced, while 2 million others are spread across the region as refugees.

While there have been two peace agreements since December 2013, much ground is yet to be covered on attaining justice.

Instead, the report revealed, a blanket amnesty has been granted to non-state actors implicated in serious international humanitarian law and abuses of human rights.

Ethnic Conflict in the Political Marketplace

UN Blames Kenya, Uganda for South Sudan Stalemate
Tagged:
Copyright © 2019 Capital FM. All rights reserved. Distributed by AllAfrica Global Media (allAfrica.com). To contact the copyright holder directly for corrections — or for permission to republish or make other authorized use of this material, click here.