Ghana: A Deep Dive Into What Drives Protests in Ghana 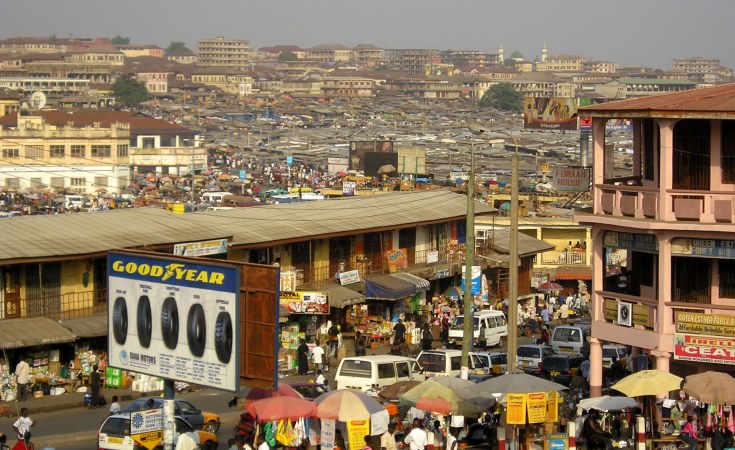 The history of protests in Ghana reveals three persisting themes. These may suggest what Ghana and some other countries could do to avoid protest action in future.

My study found that over time, Ghanaians have tended to mobilise around issues like the high cost of living, corruption and working conditions. I also looked at how protests started, who joined them and what underlying forces drove them. Countries that share some of the same social conditions and policy environments as Ghana could learn from the analysis.

Scholars have been quick to judge the nature of African protests by the character of the organisations or groups that lead them, such as nationalist leaders, trade unions or the middle class. There hasn't been an appreciation of how the protest started and the role played by the poor majority or mass action.

For instance, geographer, the late David Drakakis-Smith makes the assertion that "only" formal protests by trade unions in developing countries may be acceptable to the government. Others might face a crackdown. But such protests exclude the urban poor because they are underemployed and tend not to be members of trade unions.

He conceptualised protests among the urban poor in developing countries in the form of illegality, squatting on public land and engaging in informal economic activities. This means that the poor protest by engaging in illegal activities because they have no access to the state to channel their grievances.

My study found three key themes of mobilisation in Ghana. The first is the proletarian: protests focused on the high cost of living, dispossession and inadequate infrastructure. Second is the republican, centred on participatory governance and corruption. Third is the corporatist protest theme, focused on working conditions and unemployment.

These themes are underpinned by several processes occurring in Ghanaian society which are contributing to the grievances aired in these protests. Among these are class struggle and urban dispossession. This is where the state displaces the poor to make space available for the wealthy to invest. There is also splintered urbanism - where high class neighbourhoods benefit more from state resources than low and middle class neighbourhoods.

Finally there is gentrification and corruption.

Recent protests in Ghana have been largely proletarian. The protesters have been trade unions and civil society but they have acted in the general interest of society. These protests have been driven by citizens' dissatisfaction with the country's economic challenges, such as withdrawal of subsidies on goods and services, a poorly performing currency, increasing taxation and the high cost of living.

For instance, in July 2014, the BBC reported on workers taking to the streets in Ghana to protest against rising inflation, the removal of a subsidy on petroleum products and depreciation of the cedi (the local currency).

Two cities in Ghana have also seen some protests by traders. In Kumasi in 2015, market traders objected to city authorities trying to move them to make way for a redevelopment of the market area. In 2014, traders in Cape Coast also resisted efforts by the local government to regenerate a market. Some of them protested again in 2017, claiming that trading spaces in the new market were not being allocated fairly.

Ghana has also seen recent protests focusing on corruption. Calls for an end to corruption have often featured in trade union protests.

One example was a street protest in 2014 by the Alliance for Accountable Governance against alleged abuses by the Commissioner of the Commission for Human Rights and Administrative Justice.

Why the case of Ghana offers lessons

Ghana is currently implementing policies that favour free markets, or what are known as neo-liberal policies. The result has been that it has cut state expenditure. On top of this corruption is the order of the day.

Ghana needs to tackle the high cost of living at its source. This includes food, fuel, education, health and infrastructure. Another route could be to increase the minimum wage. Central and local governments should also aim to make sure that communities benefit equally from infrastructural projects.

Where old infrastructure is redeveloped, local governments should get displaced communities to participate at all stages. Youth unemployment is at its peak across the continent and it is time African governments opened up the public sector and attracted more foreign direct investment in order to create jobs.

And the government should also do more than just paying lip service to ending corruption.