North Africa: Maghreb News - Is the Swirl of Elections in Tunisia a Sign of a Strong Democracy? Morocco Gets Good News About Its Economy - Jean R. Abinader 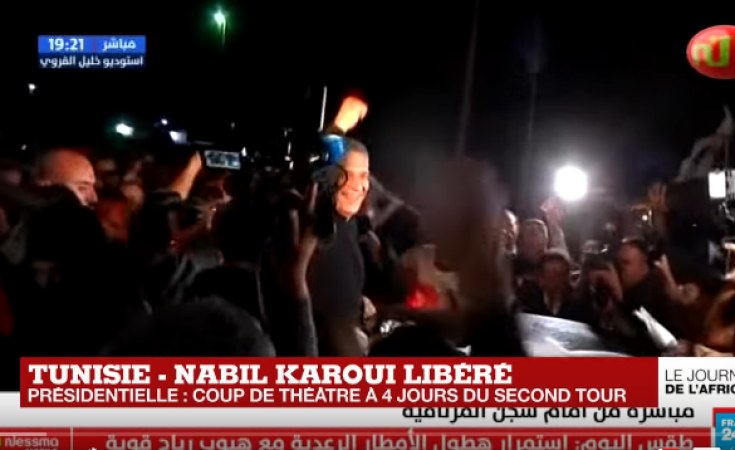 The multiple elections in Tunisia, the first round for president ending in a runoff between two independent candidates, the Parliamentary election results promising a struggle for building a ruling coalition, and the prospects of the presidential runoff next week, will test Tunisia's readiness for a full-blown democratic transition from the previous government. As the IRI/NDI combined report noted, "The highly contested election was also conducted against a backdrop of economic stagnation and disappointment in the pace of reform."

In the first round, only 37% of registered voters participated. It will be telling if there is a significant increase in the presidential runoff next week that will pit conservative constitutional law professor Kais Saied against media magnate and philanthropist Nabil Karoui, both independent candidates. Saied didn't even run a campaign, preferring to issue statements concerning his positions on combatting corruption and decentralization of political and economic decision-making. He abstained from second round campaigning claiming it was unfair since his opponent is confined to jail on money laundering and tax evasion charges. Saied garnered a bit over 18% of the vote, doing particularly well among young voters, with 37% favoring his candidacy, 25% of whom are university graduates who continue to face obstacles to job opportunities.

According to a Washington Institute analysis, "Most importantly, Saied has positioned himself as an alternative to the political establishment and system that has failed to uphold many of the economic and social promises of the revolution." His liability with secular voters is his opposition to an equal inheritance law promoted by the previous government.

Karoui, with a bit over 15.5% of the vote, has a foundation that supports alleviating poverty programs. As the WINEP reported, "During the campaign process, Karoui has positioned himself as a protector of the downtrodden in Tunisia--focusing on the same Tunisians of the country's interior regions who served as the bulwark of the revolution in 2011. Karoui contends that the current ruling elite offer nothing but promises to the forgotten Tunisians living in the most impoverished and peripheral parts of the country and that, under his presidency, hundreds of thousands will be lifted out of poverty."

In another assessment from the WINEP, the most important issue to voters, the economy, was highlighted. "The results show both that voters will no longer tolerate the mismanagement and indecisiveness of previous policy makers, and that there is a belief that disruption, through unconventional candidates, can bring new life to the country and its economy." While both candidates make different assumptions as to what will best promote economic growth, the parliamentary election results, which point to a coalition headed by the Islamic party Ennahda, are even more critical as the president does not have the mandate over legislation or the power to direct economic policies. The prime minister, who plays a very important role in serving as head of government and overseeing the cabinet and most domestic affairs, is chosen by the party or coalition that receives the largest number of votes. As the article concludes, "Tunisia's new government--once it forms after next month's presidential runoff and parliamentary elections--must address Tunisians' discontent through a greater focus on social concerns."

In advance of the runoff, Washington lobbyists became an issue in the campaign. Karoui's opponents charge that a lobbying contract to have Karoui meet with Putin and Trump, among other leaders, violates laws that forbid any foreign funding or support for Tunisians running for office. "The money didn't come from Tunisia so it came from outside Tunisia, and that is against the law," said Leila Chettaoui, a member of parliament for Prime Minister Youssef Chahed's pro-secular Tahya Tounes party. "If it's proven to be the case, Karoui must be disqualified."

The complaint also mentions Ennahda party, which has retained Burson-Marsteller (now BCW) for public affairs work in the United States since 2014, as well as parliamentary candidate Olfa Terras-Rambourg, who retained Washington firm America to Africa Consulting in early September.

In its most recent assessment, Standard & Poor's (S&P's) maintained Morocco's credit rating at the current level of BBB- / A-3, revising its outlook from negative to stable. S&P projects Morocco's real GDP growth for 2019 at 2.8% due to a decline in agricultural production and demand for exports. It sees this growing to 4% by 2021 "Supported by the government's comprehensive budgetary strategy and privatization proceeds over the forecast period."

The rating could change if the government "deviates from its fiscal consolidation plan, resulting in substantially higher government debt compared with our forecast, real GDP growth rates significantly undershoot its expectations or external imbalances widen, resulting in a significant increase in the economy's gross financing needs."

A report from the African Development Bank (AfDB) pointed out that its 2019 funding of $3 billion supporting 35 projects makes Morocco #1 of the list of beneficiaries of loans which covered areas such as energy, transport, water, and sewage as well as social development. The Bank's projects helped 16 million people get access to transportation infrastructure and connected nearly 7 million to the electricity grid, the AfDB said in a report describing its activities in Morocco as very satisfactory.

Exit Polls Give Conservative Victory in Tunisian Runoff
Tagged:
Copyright © 2019 Moroccan American Center for Policy. All rights reserved. Distributed by AllAfrica Global Media (allAfrica.com). To contact the copyright holder directly for corrections — or for permission to republish or make other authorized use of this material, click here.