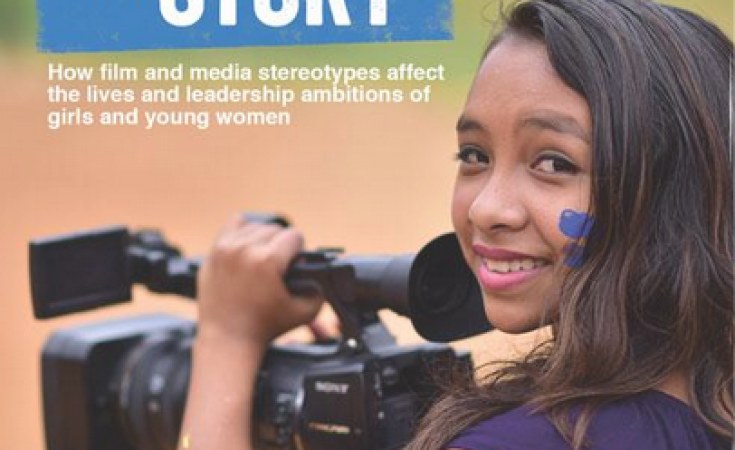 (LONDON): The world's most popular films are sending the message to girls and young women that leadership is mostly for men, with women leaders – be they presidents, CEOs or business owners – portrayed as sex objects, shown in revealing clothing or even naked on the big screen, according to new research from Plan International and Academy Award-winning actor Geena Davis's research institute.

Women in leadership positions are also more likely to be sexually objectified than men, with 15% having the camera focused on their body parts in slow motion compared to 4% of men.

"The findings are not surprising when not one of the top 10 films in 20 countries in 2018 was directed by a woman, only a quarter of films had a woman producer, and only one in 10 had a woman on the writing team.

"A woman 007 or superhero in film is welcome. But our research shows they are exceptions and not the rule. The bigger picture is that gender discrimination and harmful stereotypes still dominate on screen. This undermines girls and young women and has a negative impact on their aspirations to leadership in all walks of life."

Geena Davis, an acclaimed actor who has starred in feminist films including Thelma and Louise, and chair and founder of the Geena Davis Institute on Gender in Media at Mount Saint Mary's University, said:

"Film and media powerfully influence how the world views girls and how they view themselves. Girls need to see themselves reflected on screen and to see positive and authentic characters that can inspire them. Content creators and storytellers in entertainment and media have an opportunity to support and influence the aspirations of girls and women and stop reinforcing damaging gender stereotypes."

The report Rewrite her story: How film and media stereotypes affect the lives and leadership ambitions of girls and young womenreveals that there are twice as many men as women in the films - 64% compared to 36% - and they speak twice as much (67% compared to 33%). Men in leadership positions are also much more visible: 42% of men, compared to 27% of women, are shown on screen as leaders.

"In the Dominican Republic, films and adverts often focus on women's bodies, showing women in revealing clothes, rather than showing their intelligence," said Marelin, 19, a young activist campaigning alongside Plan International in Dominican Republic.

"I'd like films and adverts to represent women as more enterprising and determined, strong and powerful, so my message for the filmmakers and advertisers out there is that they should show women in roles like president, prime minister, entrepreneur or business executive so that it inspires girls to become leaders."

Eighteen-year-old Ruby, one of the frontline youth activists of Plan India in her community in the southern outskirts of Delhi, says the films produced in Bollywood also have a negative impact on girls' confidence and ambition.

"Women are often relegated to play dance numbers and just treated as objects of attraction," she says. "If the character is a politician, it's always a man who plays the part. For women in politics it is assumed that the only way they reach corridors of power is by compromising their integrity. On screen and in real life, girls and women are devalued and it is accepted as normal. This has to change."

The research was undertaken as part of Plan International's global campaign Girls Get Equal which supports girls and young women to have equal power and the freedom to challenge and change the stereotypes that limit their potential. Promoting the leadership of girls and young women is central to the campaign.

"We urgently need radical change in the media and entertainment industry so that we encourage young women's aspirations and ambitions instead of undermining them," said Ms Albtrectsen.

"We need to fund more women leaders in media and entertainment to stop content being produced just for men's pleasure. And we need to stop the sexualisation and the objectification of women and girls on screen and everywhere else. It's time to #RewriteHerStory."

-          The research set out to analyse the 10 top-grossing films across the 20 countries, but there was a significant overlap among these films, with a majority of the films produced in the US.

-          For the purposes of this research, a position of leadership was defined as involving "leading people or an organisation", which included political and business leaders as well as characters who were leaders in their community or in the home.

-          Plan International and the Geena Davis Institute's previous research into girls' leadership ambitions, Taking the Lead, found that three-quarters of 15-24-year-old girls aspire to be leaders, but 9 out of ten believe women leaders aren't treated as well as men in leadership positions and 9 out of 10 expect women leaders to be sexually harassed. What they see in films reinforces those expectations.

Plan International is an independent development and humanitarian organisation that advances children's rights and equality for girls.

We believe in the power and potential of every child. But this is often suppressed by poverty, violence, exclusion and discrimination. And it's girls who are most affected. Working together with children, young people, our supporters and partners, we strive for a just world, tackling the root causes of the challenges facing girls and all vulnerable children.

We support children's rights from birth until they reach adulthood. And we enable children to prepare for – and respond to – crises and adversity. We drive changes in practice and policy at local, national and global levels using our reach, experience and knowledge.

We have been building powerful partnerships for children for over 80 years and are now active in more than 75 countries.

About Geena Davis Institute on Gender in Media

The mission of theGeena Davis Institute on Gender in Mediais to engage, educate, and influence media content creators, marketers, and audiences about the importance of eliminating gender bias and stereotypes in media.

The Institute has amassed the largest body of research on gender prevalence in family entertainment, spanning more than 20 years. Research findings are in high demand by companies and organisations interested in the empowerment of women and girls.

The Institute's research serves as the basis for education and outreach programmes that help families, studios, educators and content creators become critical consumers and producers.