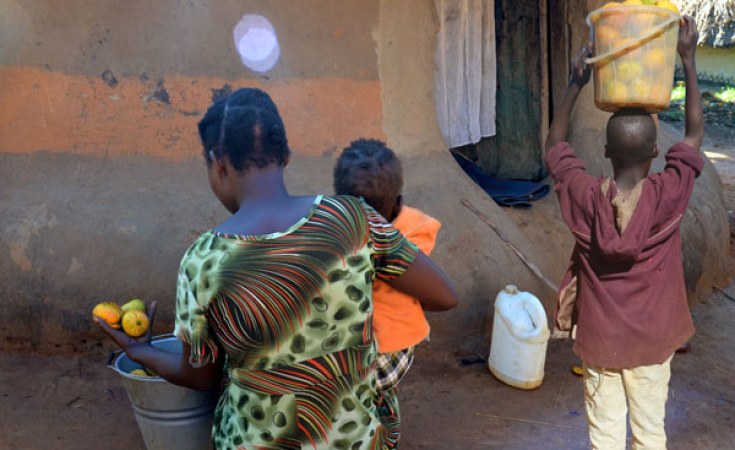 Kampala — Calls for action to end early marriages and other sexual abuses against girls have dominated the celebrations to mark International Day of the Girl Child in Uganda.

The day, aimed at highlighting the needs and challenges girls face, while promoting girls' empowerment and fulfilment of their human rights, was observed on Friday under the theme "Girl Force: Unscripted and Unstoppable ". The celebrations were held at Kasana playground in Luweero town.

At the function, girls and activists decried rampant early marriages, teenage pregnancies and other sexual abuses which have led girls to drop out of school. Shalom Kaitesi, a Senior three student of Janan Secondary School in Luweero said that two of her friends were forced into marriage.

Williams Tabitha and Michelle Ruei of Rapha Primary School in Luweero town said that some of the girls have been forced into early marriages at age of 13 hence depriving them a right to education, while others have contracted diseases from forceful marriages.

On behalf of the girls, Janet Bamulyekye of Kalongo Seed Secondary school in Luweero handed over a petition to Minister of Gender, Labor and Social Development Janat Mukwaya demanding that the government takes action to end social abuses against the girl child.

Luweero District Senior Probation Officer Joyce Namigadde says that at least three out 10 girls in Luweero district who sit Primary Leaving Examination don't join Secondary school after they are either forced into marriage or become pregnant.

Presenting on behalf of the Civil Society Organizations, Greg Lavender the Interim Country Director of Plan International Uganda called for accelerated action on existing commitments made towards advancing the rights of the girls.

Lavender also pledged that the CSOs will continue to ensure that girls who have dropped out of school due to early marriages or teenage pregnancies are given a second opportunity to return to school and complete studies.

Per Lindgarde, the Swedish Ambassador to Uganda observed that child marriage, teenage pregnancy and other reports of gender based violence continue to hamper the advancement of girls' rights. Lindgarde said that it's important to use the International Day of the Girl Child to highlight obligations and opportunities to end the challenges.

Janat Mukwaya, the Minister of Gender, Labor and Social Development said that the government has worked hard to eliminate the challenges, even though a number of gaps still exist in the enforcement. Mukwaya also blamed some of the challenges facing girls on poverty.

The 2016 Uganda Demographic Health Survey (UDHS) report indicates that an estimated 25 per cent of Ugandan teenage girls are either mothers or pregnant.