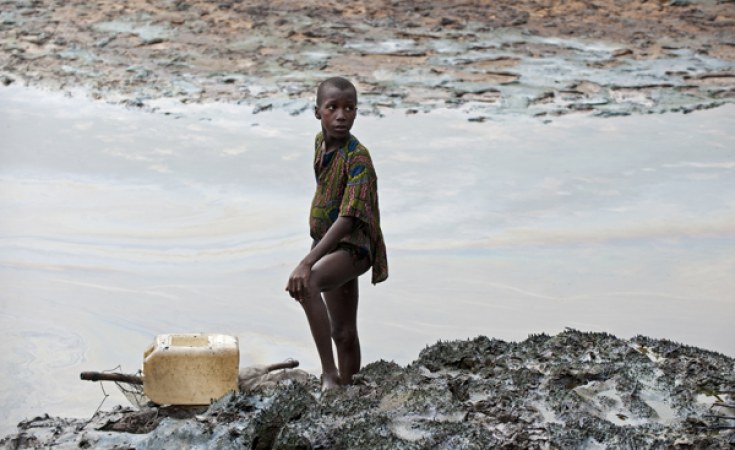 Also yesterday, the corporation signed a $2.5 billion pre-payment agreement with the Nigeria Liquefied Natural Gas (NLNG) company for upstream gas development projects for the supply of gas to NLNG Train 1 to 6.

The statement said the corporation resumed the search for crude oil up north when President Muhammadu Buhari came into office in 2015. Drilling of the Kolmani River II Well was flagged-off in a colourful ceremony by Buhari on February 2, 2019.

Makoji stated that NNPC acquired 435.54 kilometres-square (km2) of 3D seismic data over Kolmani prospect in the upper Benue trough in the Gongola basin.

He noted that this was to evaluate Shell Nigeria Exploration and Production Company (SNEPCo) Kolmani River 1 Well discovery of 33 billion standard feet (BCF) of gas and explore deeper levels.

"The well was drilled with 'IKENGA RIG 101' to a total depth of 13,701 feet encountering oil and gas in several levels. A Drill Stem Test (DST) is currently on-going to confirm the commercial viability and flow of the Kolmani River reservoirs," said Makoji.

He further stated: "On Thursday 10th October, 2019, at 18:02hours, one of the reservoirs was perforated and hydrocarbon started flowing to the well head at 21:20hours in which the gas component was flared to prevent air charge around the rig.

"Computation of hydrocarbon volume is on-going and will be announced in due course."

According to him, the corporation has also acquired additional 1183km2 of 3D seismic data over highly prospective areas of the Gongola basin with a view to evaluating the full hydrocarbon potential of the basin.

"The NNPC plans to drill additional wells for full evaluation of the hydrocarbon volume in the Gongola basin."

Buhari, had during the spud-in ceremony of Kolmani River II, stated the commitment of the federal government to the exploration for oil and gas in the frontier basins in the entire length and breadth of the country.

The basins, according to the NNPC, included the Benue trough, Chad basin, Sokoto and Bida basins.

The President stated that attention would also be given to the Dahomey and Anambra basins, which have already witnessed oil and gas discoveries.

The NNPC said the discovery of oil and gas in commercial quantity in the Gongola basin would attract foreign investment, generate employment for people to earn income and increase government revenues.

Makoji explained that the agreement would help to resolve issues around gas supply to NLNG's existing six trains.

Speaking yesterday at the signing ceremony, the Group Managing Director of NNPC, Mallam Mele Kyari charged shareholders of the NLNG to intensify efforts towards expanding the production capacity of the company beyond Train 7 so as to take advantage of developments in the global LNG market.

The GMD, who spoke on the significance of the agreement, said it would help to resolve the issues around gas supply to Trains 1-6, stressing that there was need to fast-track action on the process of bringing more trains onstream.

"Here at NNPC, we are thinking beyond Train 7; if your ambition is Train 7," Kyari said.

He noted that though NLNG had been a huge success as a company, it should go beyond its current achievements and initiate other viable projects capable of generating better return on investment.

"Actually, our thinking should be on what else we can do or what other projects we can work on as quickly as possible to take advantage of the enormous potential in-country. There is also the need for us to take advantage of what is happening in the global market and do things very differently. There are opportunities there and our company must move into those locations and we must move fast," he declared.

The NNPC helmsman said the pre-payment gas supply agreement was a milestone which aligned with the federal government's aspirations of monetising the nation's enormous gas resources, protecting the Federation's investment in the NLNG, ensuring full capacity utilisation (22mtpa LNG and 5mtpa NGLs) of Trains 1-6 plants, generating employment, and providing new vistas of growth opportunities in the nation's LNG sector.

Earlier in his address, the Managing Director of NLNG, Mr. Tony Attah, stated that the signing of the gas supply pre-payment agreement was a significant step towards ensuring the company's business sustainability and competitiveness.

He called for support to ensure that the Final Investment Decision on the Train 7 Project was taken this year without fail, adding that the project was no longer an ambitious one in the light of developments in the global LNG market.

The event was witnessed by the Country Chairman of Shell Companies in Nigeria, Mr. Osagie Okunbor, and representatives of Total, Eni/NAOC, amongst others.

Meanwhile, the NNPC yesterday disclosed that its subsidiary upstream company, the Nigerian Petroleum Development Company Limited (NPDC), reported a fire incident on one of its oil blocks - Oil Mining Lease (OML) 20 at Egbema-West of Imo state.

It explained in a statement by Makoji that the fire outbreak was discovered on October 7, but did not disclose what level of loss it has caused Nigeria in terms of shut-in of oil production from the asset and revenue from therein.

The statement quoted the Managing Director of NPDC, Mr. Mansur Sambo, to have stated that preliminary investigation on the incident revealed that a spark which ignited the fire during bunkering activity by vandals might have caused the incident.

According to Sambo, the fire outbreak occurred in the oil block's 'Well-18T' which is located within the flooded part of Abacheke community.

It noted that further report released by the Community Liaison Officer in charge of Abacheke community indicated that no fatality was recorded.

NPDC said appropriate action to minimise the impact of the fire and ensure safety of the community had been taken, adding that following successful aerial surveillance carried out on October 9, it was mobilising and employing the services of a reputable safety consultant to completely put out the fire.

The upstream oil company however advised members of Abacheke community and its environs to avoid the affected area and stay calm. It equally promised to update the general public on the incident.