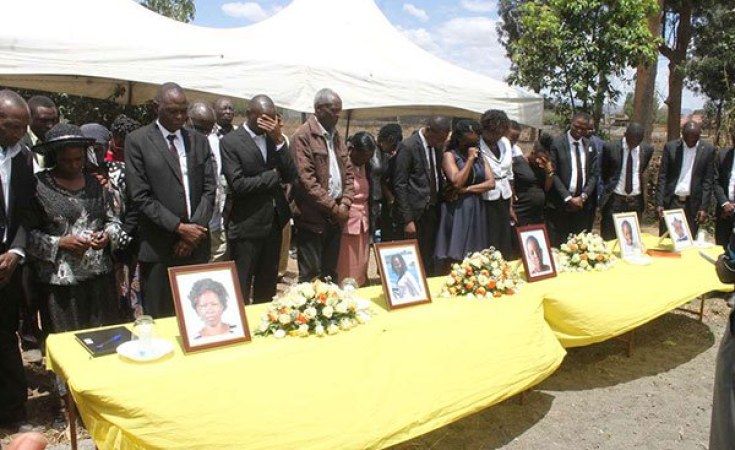 Families who lost loved ones in the ill-fated Ethiopian Airlines plane crash on March 10, 2019 will begin receiving their remains on Monday for burial, the Nation has learnt.

On Sunday, the family of John Quindos Karanja, who lost five relatives, told the Nation that they will be ferrying the remains ahead of burial on Thursday.

"We thank all Kenyans for the overwhelming emotional, spiritual and financial support towards our family. On Monday we shall be ferrying the remains of our loved ones after they were successfully identified. We plan to have the burial on Thursday, October 17," said Mr Karanja.

The International Criminal Police Organisation (Interpol) announced in September that it had positively identified all the 149 passengers and eight crew who died in the crash.

Interpol Secretary General Jürgen Stock said the organisation had to rely on accurate DNA sampling from close blood relatives of the victims to make correct identification, which took the group six months.

The family from Kwa Amos village in Kabatini, Bahati in Nakuru County intended to slaughter three goats to celebrate the return.

Mr Karanja's wife was to bring home her grandchildren who had been living in Canada when the tragedy struck.

A relative of another family from Kipkelion that lost their son - Cosmas Kipng'etich Rogony - also confirmed some members had travelled to Ethiopia to pick his remains.

"The family of the late Rogony travelled and are expected back this week," said the relative.

Mr Rogony, who until his death was an employee of General Electric's healthcare division, left behind a one-year-old daughter and a 27-year-old widow Miriam Wanja.

In March, the families held prayers for their departed relatives but there were no caskets or bodies.