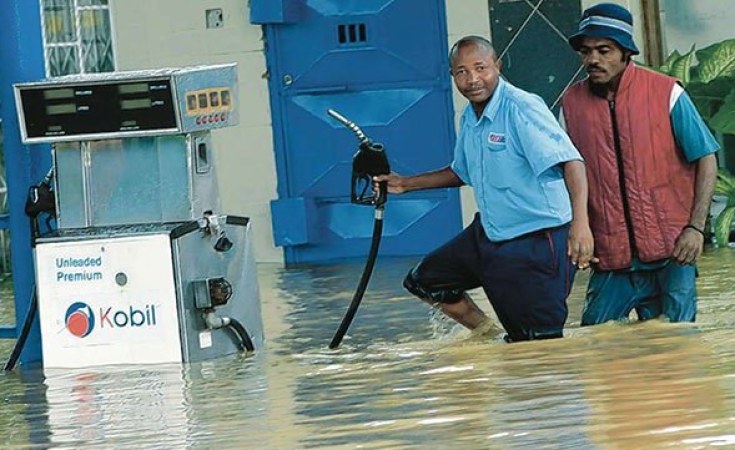 The Kenya Meteorological Department has warned Kenyans to brace themselves for heavy rains accompanied by strong winds leading to flash floods and landslides for the next four days.

Weatherman says the rains will be more than 50 millimetres, leading to cold and wet weather in the Rift Valley highlands, north eastern, central and coastal regions. Heavy rainfall amounts of 70mm is expected in some parts Mandera, Wajir and Marsabit counties.

Moderate rainfall of between 20mm and 50mm is expected in some parts of Tana River, Kwale, Embu, Murang'a, Kajiado and Siaya Counties.

The rains may trigger more mudslides and landslides in Eastern and Central areas as well as storm surges in the Coastal areas. Heavy and persistent showers and thunderstorm will be experienced in western and North Eastern region.

"The heavy rains and strong winds may result in storm surges along the Coast and therefore fishermen and individuals in the marine industry should be on high alert. Flood waters may suddenly appear even in places where it has not rained heavily," said director of Kenya Meteorological Department Ms Stella Aura.

A similar incident occurred at Kairo sub-location in Mathioya sub-county, Murang'a County leading to the uprooting of tea bushes due to heavy rains.

Ms Aura cautioned that some areas might experience flooding especially where cumulative rainfall is more than 70mm while slippery roads and poor visibility may also pose dangers to motorists and pedestrians.

"Residents in all the mentioned areas are advised to be on the lookout for potential flash floods," she said.