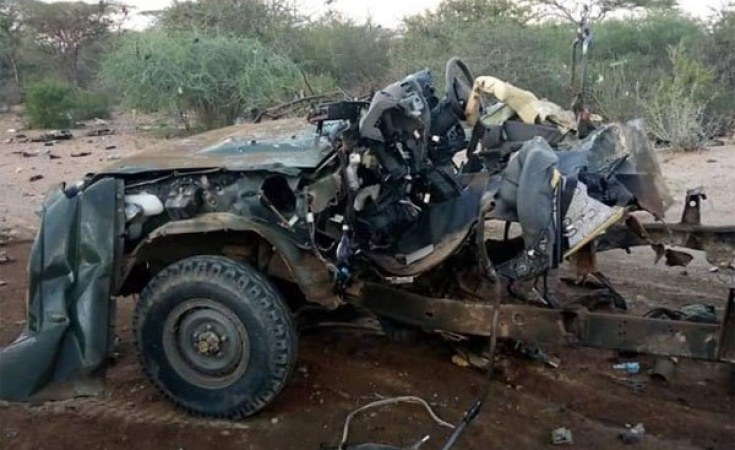 At least ten General Service Unit officers were killed on Saturday after their vehicle run over an Improvised Explosive Device (IED) on the Degoh Road in Garissa County.

The officers from Harhar GSU Camp were on patrol along the Kenya-Somalia border when their Toyota Land Cruiser ran over an IED suspected to have been planted on the road by Al Shabaab militants. Police have said the vehicle was extensively damaged.

In a statement on Saturday evening, Inspector General of Police Hillary Mutyambai said a joint patrol of Kenya Defence Forces, Administration Police, Rapid Response Police Unit and Kenya Police Service had been dispatched to the area to pursue the attackers.

"The National Police Service regrets to inform the public that NPS officers were on patrol along Damajale Herehare Road near the Kenya-Somali border when the motor vehicle they were travelling in ran over an Improvised Explosive Device," the statement by Inspector General of Police Hillary Mutyambai read.

Is Climate Change Hampering Peacebuilding in Somalia?
Tagged:
Copyright © 2019 The Nation. All rights reserved. Distributed by AllAfrica Global Media (allAfrica.com). To contact the copyright holder directly for corrections — or for permission to republish or make other authorized use of this material, click here.