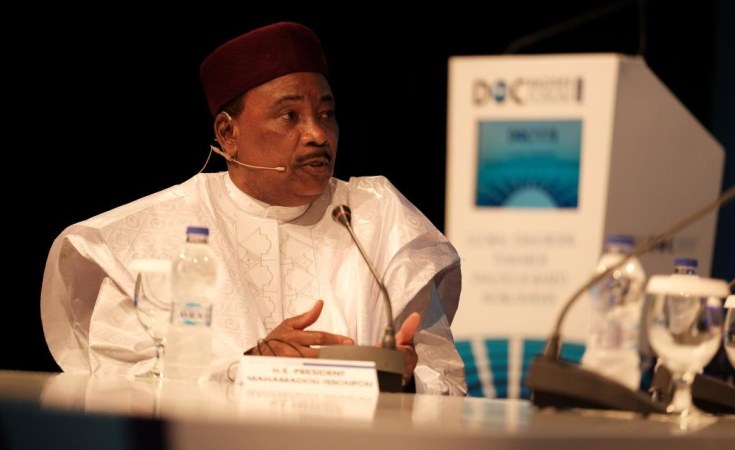 DOC
President of Niger Mahamadou Issoufou was a keynote speaker at the Dialogue of Civilizations' Rhodes Forum in Greece. He currently chairs the Economic Community of West African States (ECOWAS) and has played a major role in establishing the African Continental Free Trade Area. The Africa summit is now a key feature of the Rhodes Forum and demonstrates the DOC’s contribution in the region. The Forum aims to address current debates around Africa’s future as a pillar of the global order and driver of economic growth.
Voice of America (Washington, DC)
By Kassim Traoré

A demonstration in central Mali Saturday turned from protests about the deployment of Malian troops to Burkina Faso to the looting of a nearby U.N. supply depot, VOA’s French to Africa service and the United Nations said.

About 1,000 people had been protesting outside the U.N. peacekeeping force (MINUSMA) camp near Sévaré, the French news agency AFP reported Saturday. But at some point, some protesters marched to the U.N. mission and began to ransack supply containers, including provisions and other items meant for the base.

“The protesters stole logistical and construction equipment,” the U.N. mission said, according to an AFP report. “Camp security was not impacted, but these acts of vandalism are totally unacceptable.”

The protest had calmed by early afternoon, VOA’s French to Africa service reported.

The demonstrators, including some military spouses, were protesting the deployment of Malian forces to Boulkessi, Burkina Faso, VOA’s French to Africa service reported.

Earlier this month, 25 Malian soldiers were killed and dozens more went missing after an attack on G5 Sahel Force bases in Boulkessi and a Malian army base in Mondoro, Mali.

The attack ranks as the highest death toll this year for Malian troops, as they battle an insurgency in the country made up of militant groups linked to al-Qaida or Islamic State that have set up operations in parts of Mali.

Armed conflict in the West African nation and the neighboring Sahel region has been going on for years and is causing an unprecedented humanitarian emergency in the region.

In a statement, the Mali government condemned the looting, while regional Governor General Abdoulaye Cisse held a crisis meeting about the incident. 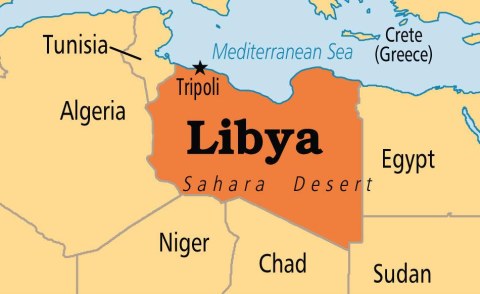 Still a Chance for Peace In Libya - UN Official
Tagged:
Copyright © 2019 Voice of America. All rights reserved. Distributed by AllAfrica Global Media (allAfrica.com). To contact the copyright holder directly for corrections — or for permission to republish or make other authorized use of this material, click here.