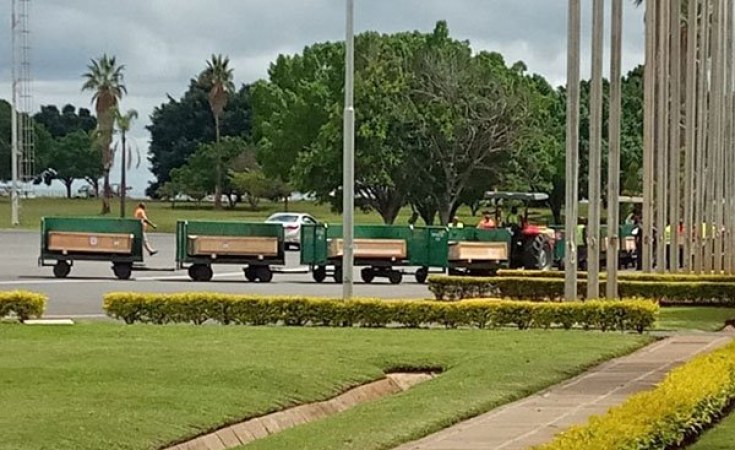 James Kahongeh/Daily Nation
The remains of victims of the Ethiopian Airlines plane crash arrive at the Jomo Kenyatta International Airport, Nairobi on October 14.
The Nation (Nairobi)
By James Kahongeh

After months of waiting, the remains of Kenyans who perished in the Ethiopian Airlines plane crash in March have arrived in Nairobi.

Specialised caskets bearing the remains of 28 victims arrived aboard an Ethiopian Airlines aircraft that landed at the Jomo Kenyatta International Airport moments before 10am on Monday.

The families and friends of the crash victims are gathered at the VIP terminal of JKIA, where they are receiving psychosocial support.

The remains will be released to only close family members.

Seven months after the accident in the Bishoftu region of Ethiopia that claimed the lives of all 157 people on board, families have not been able to inter the remains of their loved ones.

According to Ethiopian authorities, the bodies were severely damaged in the crash, and only after extensive DNA tests were the remains matched to corresponding families.

The DNA matching took more than 240 days to conclude.

The high number of crash victims and the intensity of the damage to the bodies complicated the exercise.

Days after the accident, some families were handed jars of ashes and earth from the crash site to serve as memory of their loved ones. But most of them said they would only get full closure when they got the remains of their kin.