Africa: How These Women Scientists Will Help Africa Adapt to Changing Climate 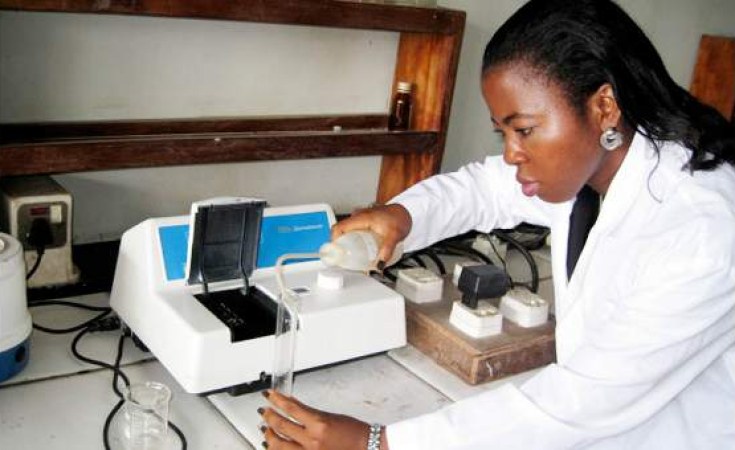 Nairobi — A group of 25 women from eastern and western Africa have joined the list of young researchers racing to bridge the shortage of women agriculture scientists in Africa.

The women will build the next generation of scientists working with smallholder farmers to battle climate change in Africa's troubled agriculture sector, according to the African Women in Agricultural Research and Development (AWARD).

"We are giving women more slots in this fellowship programme to equip them with social inclusive skills which will help them work with smallholder farmers in Africa," said Wanjiru Kamau-Rutenberg, the director of AWARD in Nairobi.

A research paper published by the journal of gender, agriculture and food security in 2017, reported that women scientists working in the agriculture sector accounted for 24% of Africa's knowledge pool.

Yet women are dominant in the continent's agricultural production chain, where most of them work in rural smallholder farms, Leticia Osalo-Adalo, a social entrepreneur, said during the 2019 AGRF held in Accra, Ghana.

But the One Planet Fellowship, which is a collaboration between the Agropolis Fondation and AWARD hopes to change this by awarding climate change research fellowships to Africa's youth, especially women, said Kamau.

The first of its kind in Africa, the fellowship is working with 45 researchers from Benin, Burkina Faso, Côte d'Ivoire, Ethiopia, Kenya, Malawi, Mali, Nigeria, Senegal, Tanzania, Togo and Zambia.

More than half of the participants are women, and in a departure from tradition, the Fellowship wants African scientists to mentor emerging European scientists who will gain insights on African research priorities and valuable exposure to the context and conditions within which scientific research is conducted in Africa.

Jambawe Mary Charles, a scientist from Malawi, said she researches solutions that can help store more soil carbon in farms, an ingredient that releases nutrients useful for plant growth, in her home country.

With this fellowship opportunity, she said, she will look for new ways in which she can help smallholder farmers reduce greenhouse gases in the farm while ensuring there is increased food production in rural Malawi.

"As climate change worsens, there needs to be innovations that boost diversity in food production for Africa to achieve food security. These must be homegrown solutions that are accompanied by cutting edge science," said Jambawe.

The 2018-2019 digitization of African Agriculture Report estimates 40 to 50% of the continent's smallholder farmers are women.

Its authors said that women must be equipped with digital innovations if they are to take the lead in the continent's agricultural transformation.

This is however proving challenging because only 25% of them are known to use technology to boost production and revenue.

"One of the reasons for this low technology uptake is because research being developed in the laboratories is not reaching rural farms. The fellows in this programme are expected to change this by working closely with smallholder farmers," said Oliver Oliveros, the deputy director at Agropolis Fondation.

The African Fellows will also be required to mentor young European scientists to help Europe and the rest of the world understand the challenges facing the carrying out and delivering of scientific research in Africa, he added.

These skills include advanced science, leadership, networking and also being able to understand people based on their cultural backgrounds and believes, said Oliveros, adding that the Fellows will pursue academic tasks like proposal writing, networking, as well as writing scientific papers for publication, for three years.

But the continent cannot achieve this agricultural transformation without governments committing to develop policies that unlock revenue streams for Africa's women and youth in agriculture, said Michael Hailu, the director at the Technical Centre for Agriculture and Rural Cooperation (CTA) during the 2019 AGRF.

According to Hailu, with the right policies, innovation and investment in place, the continent's agricultural sector could be transformed into a powerhouse, not only to feed a growing population but to create decent employment for millions of young people.

"By the end of the fellowship I should be qualified and be in a position that influences decisions at higher levels. Some of the things I will be able to come up with may be transformed into policy that can be able to improve the livelihoods of smallholder farmers," said Florence Kunda Chibuye, a scientist from Zambia.

But fellowships need to do more than influencing policy or skills acquisition, said Simon Omondi, an agricultural value chain specialist at the Kenya Agricultural and Livestock Research Organization (KARLO).

According to him, most training has little or no impact in rural Africa because most Fellows do not return to their home countries, instead choosing to work in Europe and the US after gaining higher education.

"Smallholder farmers have better coping mechanisms to deal with climate change than scholars because professionals sometimes propose theories that cannot work in the farm. They should come back to Africa and find a way in which the theories can be tested with what the farmers already know," said Omondi.

But Sanni Lateef, the vice chair of AWARD steering committee, said placing young Africa women and men in the One Planet fellowship has promising implications for the continent's future leadership.

This is because climate change continues to devastate crop production and has been proven to worsen its impacts on women and the youth, said Lateef.

"I work on the cowpea. The wild cowpea has interesting genes that can be identified and used to develop drought and disease tolerant varieties for smallholder farmers and which can be able to adopt to climate change. This fellowship will improve my skills to be able to do this for my country and Africa," said Amy Bodian, a molecular biologist from Senegal.

Studies report that 80% of Africa's agricultural output is generated by smallholder farmers, where the sector is expected to be a trillion dollar market by 2030.

The participants will have three years of career development program, equipping them with scientific research, gender analysis, and leadership skills while connecting them to a global community of climate change researchers.

The One Planet Fellowship is funded by the Bill & Melinda Gates Foundation, BNP Paribas Foundation, the EU and the International Development Research Center (IDRC), at a cost of US$ 19.2 million.