Rwanda: Mara in Talks to Sell Its Phones in Kenya, Angola, DR Congo 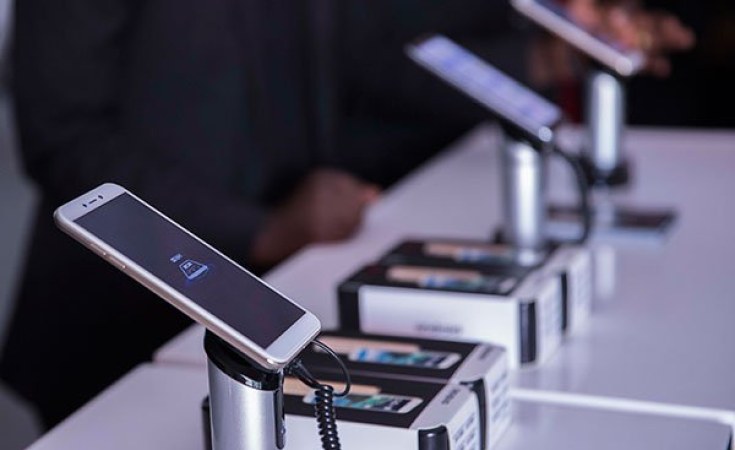 Village Urugwiro/The East African
The Mara Z is a dual sim phone with a storage capacity of 32GB and memory of 3GB, while the Mara X is also a dual sim with 16GB space and 1GB memory.
The East African (Nairobi)
By Ivan R. Mugisha

Rwanda has become the first in Africa to produce smartphones.

The Mara Phone factory in Kigali commissioned last week on Tuesday by President Paul Kagame is expected to produce at least 1,200 smartphones daily for sale in Rwanda and abroad.

Ashish Thakkar, founder of Mara Group and member of President Paul Kagame's Presidential Advisory Council, said the firm is in talks with regional countries including Kenya, DR Congo and Angola to export and sell the Rwanda-made smartphones.

He had earlier announced that the company planned to expand elsewhere on the continent and open a factory in South Africa.

Since the factory's official launch, the sale of handsets has increased with at least 30 handsets sold per day between Tuesday and the time of going to press. In the past three months, the shop has sold about 130 phones.

Established at a cost of over $50 million by the Bank of Kigali, the factory directly employs 200 workers--90 per cent of whom are Rwandan and 60 per cent female--to work in technology development, production and the assembly lines. The local and foreign engineers, currently work one shift a day.

"I want to emphasise that this is a manufacturing facility and not an assembling plant," he added.

Since The EastAfrican was not granted access to the factory floor, we are unable to ascertain his claims.

However, according to a source, the phones made at the plant are partially manufactured and partially assembled in Rwanda.

Most of the components are imported from China and Turkey, the source said, while the Mara factory in Kigali only manufacturers the motherboards, which drive the phone operating system.

"They make the motherboards in Rwanda using about 1,000 raw materials while the rest of the handset is assembled using imported parts," the source told The EastAfrican.

The factory is divided into different sections for technology development, production and assembly lines.

The factory, so far, makes two phone models the Mara X and Mara Z retailing for $130 and $190 respectively. They are likened to the Nile X phones --an African brand phone made in Egypt with the help of China since 2017.

The Mara Z is a dual sim phone with a storage capacity of 32GB and memory of 3GB, while the Mara X is also a dual sim with 16GB space and 1GB memory. Both models are pre-installed with Google's Android operating system.

The Mara phones have been on sale since early this year at the Kigali Business Centre, and the factory management says it is set to open 10 more retail centres in Kigali and across the country.

The Mara Z model is currently the preferred model and can be purchased in instalments over two years, a move aimed at making them affordable and give them a competitive edge over foreign models.

The retailer says they are able to supply orders of more than 100 phones at a go.

"A smartphone is no longer a luxury but a necessary component of daily life. Mara Phones shares the vision for our development and the introduction of its phones will put smartphone ownership within reach of more Rwandans," President Kagame said during the factory launch.

"I bought the Mara Z because of its large storage capacity and because it is made in Rwanda. I own a Tecno but the Mara looks better designed and offers a warranty of 13 months," said Aisha Uwitonze, a businesswoman, in response to our queries on user experience of the phones.

"A phone with a 1GB memory will likely begin to hang after downloading a few applications or after using it for some time. For that price, I could still buy a Tecno," said Fred Hategekimana who opted not to buy the Mara X.

Tecno and Infinix phones retail within the same price range as the Mara phones.

Mobile phone subscriptions in Rwanda hit about 10 million last year according to the Rwanda Utilities and Regulations Authority.

Internet subscriptions also increased from 4.4 million users to 5.4 million, an increase of about 25 per cent, and the regulator attributed the increase to the affordability of smartphones as well as flexible pricing of Internet bundles.

The Mara phones manufactured in Kigali qualify for a corporate income tax holiday of up to seven years, which the government offers under its investment promotion code to investments worth at least $50 million in the manufacturing sector.