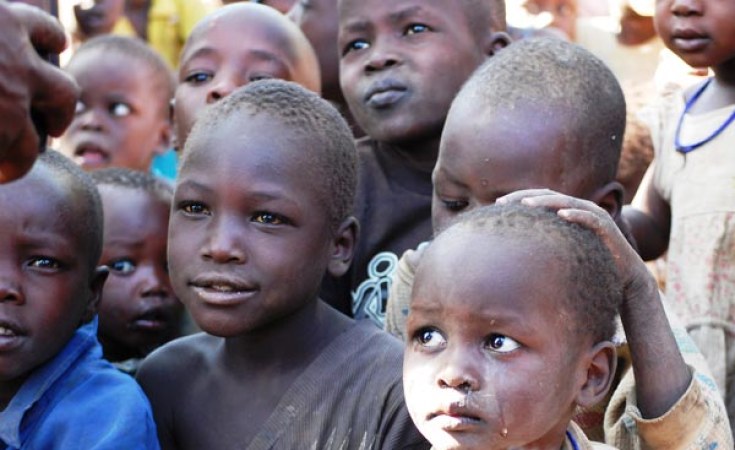 Aid agency Concern Worldwide, which co-compiles the Global Hunger Index, said progress towards a 2030 zero hunger target agreed by world leaders was "under threat or is being reversed".

Hunger levels in CAR, driven by violence since 2013, are "extremely alarming", while levels in Chad, Madagascar, Yemen, and Zambia are "alarming", according to the index released on the eve of World Food Day.

Another 43 of the 117 countries ranked in the index had "serious" hunger levels.

Declining poverty and increased funding for nutrition initiatives have helped reduce global hunger since 2000, but there was still a long way to go, the report said.

Concern CEO Dominic MacSorley said about 45 countries were unlikely to achieve low levels of hunger by 2030.

"Conflict, inequality, and the effects of climate change have all contributed to persistently high levels of hunger and food insecurity around the world," he said.

Worldwide, the number of undernourished people - those who lack regular access to adequate calories - rose to 822 million last year from 785 million in 2015, with the greatest increase in sub-Saharan countries affected by conflict and drought.

Former Irish President Mary Robinson said the figures showed that the 2030 global development goals agreed in 2015 and the Paris climate agreement could no longer be seen as voluntary.

Both must be fully implemented "in order to secure a livable world for our children and grandchildren", she said in a foreword to the report.

"This requires a change of mindset at the global political level."

Concern Worldwide and German aid agency Welthungerhilfe, co-publisher of the index, said there was a strong correlation between high hunger scores and vulnerability to climate change.

The report said the number of extreme weather-related disasters had doubled since the early 1990s, reducing crop yields and contributing to food price hikes.

The index is based on four indicators: undernourishment, child wasting, child stunting and child mortality.

Nine countries of concern were omitted due to lack of data, including Democratic Republic of Congo, Eritrea, Libya, Somalia, South Sudan and Syria.

The report called for more ambitious action to reduce climate change risks to food security as well as improving disaster preparation and response, and transforming food production and consumption, especially in high-income countries.

Why Water Is Essential for Healthier Diets and Zero Hunger

How Ready is Ethiopia for June 2021 Polls?
Health