Mozambique: Ballot Box Stuffing in Beira, or Just a Mistake? 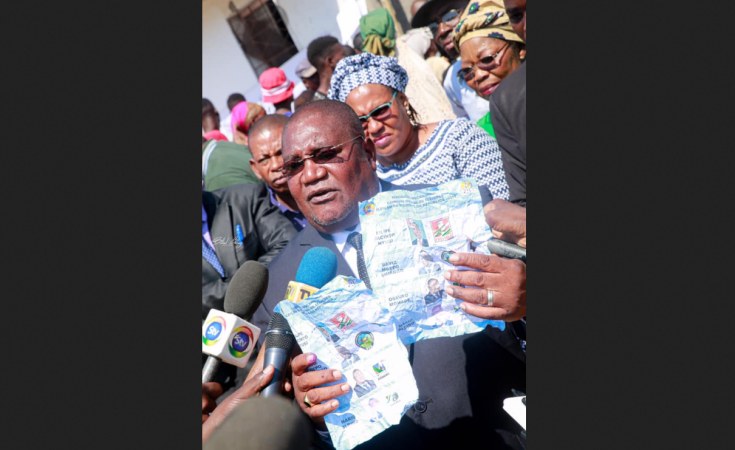 Maputo — At one polling station in the central Mozambican city of Beira there were more ballot papers deposited in the ballot boxes than people who voted, according to a report on Tuesday night on the independent television station STV.

At first sight, this looks like a case of ballot box stuffing - yet all members of the polling station staff, including those appointed by opposition parties, signed the document giving the apparently impossible figures.

At a talk show on STV on Tuesday night, some guests speculated that this was the result of a new instruction from the Electoral Administration Technical Secretariat (STAE) half way through Tuesday, which allowed people with voter cards to vote at the polling station, even if their names were not on the voter roll used by the polling station staff.

This fed theories that people might use forged voter cards to vote even though they had never registered as voters.

Langa said STAE had received complaints on Tuesday morning, particularly from the main opposition party, Renamo, that voters were being turned away from polling stations, because staff could not find their names on the voter roll. It was because of this Renamo pressure, that STAE issued the new instruction, allowing people holding voter cards to vote, provided their names are on one of the replica voter rolls.

Langa believed the problem arose because, in stitching together thousands of pages to make the voter rolls across the country, some of the pages had slipped out of order or become lost. He found it ironic that STAE made a change in the rules, to allow more people to vote, but then was immediately accused of attempting to rig the election.

He believed the theory that somebody was producing fake voter cards was absurd. STAE had looked into the Beira station highlighted by STV, and had discovered that he polling station staff had simply made a mistake in filling out the forms.

One Dead in Clash With Police in Nacala

Museveni Sworn In, Vows to Ensure Welfare of Ugandans
Arms and Armies