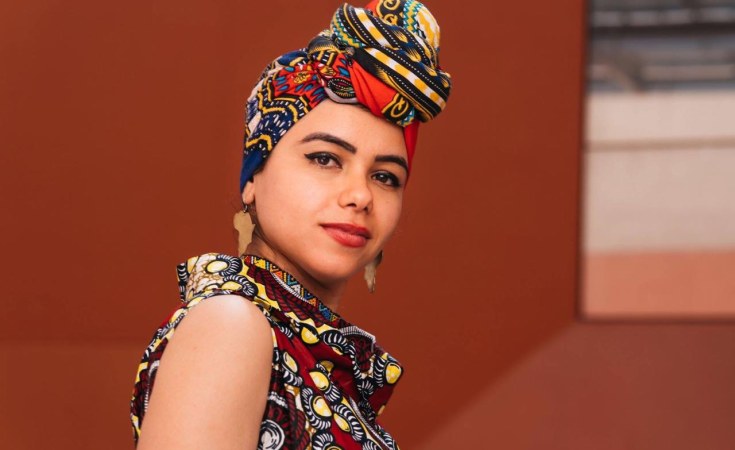 Supplied/Aya Chebbi
Aya Chebbi is an award-winning Pan-African feminist. She is the first African Union Youth Envoy and the youngest diplomat at the African Union Commission Chairperson’s Cabinet.She is the founder of multiple platforms such as Youth Programme of Holistic Empowerment Mentoring (Y-PHEM) coaching the next generation to be positive change agents, Afrika Youth Movement (AYM), one of Africa’s largest Pan-African youth-led movements and Afresist, a youth leadership program and multimedia platform documenting youth work in Africa.She served on the Board of Directors of CIVICUS World Alliance for Citizen Participation, the World Refugee Council and Oxfam Independent Commission on Sexual Misconduct.
Cameroon Tribune (Yaoundé)

The economists will receive the circa FCFA 545 million-worth prize on December 10, 2019, in Stockholm, Sweden, for their science-based fight against global poverty.

Atrio of economists have won the 2019 Nobel Prize in Economic "for their experimental approach to alleviating global poverty," the Royal Swedish Academy of Sciences which awards the prize announced Monday. Abhijit Banerjee and Esther Duflo (married couple) of the Massachusetts Institute of Technology and Michael Kremer of Harvard jointly won the 51st Nobel Prize in Economic Sciences.

The Nobel committee said the trio emerged winners specifically for addressing "smaller, more manageable questions" - such as how to improve educational outcomes and child health in poor countries - rather than for big ideas. As a direct result of their research, more than five million Indian children had benefited from remedial tutoring in schools, while many countries had introduced heavy subsidies for preventive health care, according to a statement from the Royal Swedish Academy of Sciences.

The laureates will on December 10, 2019, in Stockholm, Sweden, receive the award which comes with nine million Swedish crowns (circa FCFA 545 million) prize money, a diploma and a gold medal. The three American scientists are taking over from last year's laureates, William D. Nordhaus and Paul M. Romer, who were distinguished for their work on integrating climate change and technological innovation into long-term economic theory. Since its inception in 1969, Duflo is only the second woman and the youngest to ever be given the award for economic sciences. "Showing that it is possible for a woman to succeed and be recognized for success I hope is going to inspire many, many other women to continue working and many other men to give them the respect that they deserve like every single human being," she said.

The award for economic sciences was first presented in 1969 and is officially called the Sveriges Riksbank Prize in Economic Sciences in Memory of Alfred Nobel. Sveriges Riksbank is Sweden's central bank. On their 300th anniversary in 1968, they donated money to the Nobel Foundation to create this new award in Alfred Nobel's honour. The winners are said to have been selected from some 3,000 nominations by a committee of experts.

We Have Lifted 5 Million Out of Poverty - Buhari
Tagged:
Copyright © 2019 Cameroon Tribune. All rights reserved. Distributed by AllAfrica Global Media (allAfrica.com). To contact the copyright holder directly for corrections — or for permission to republish or make other authorized use of this material, click here.