Nigeria: We'll Open Up Calabar to the Rest of Nigeria - Buhari 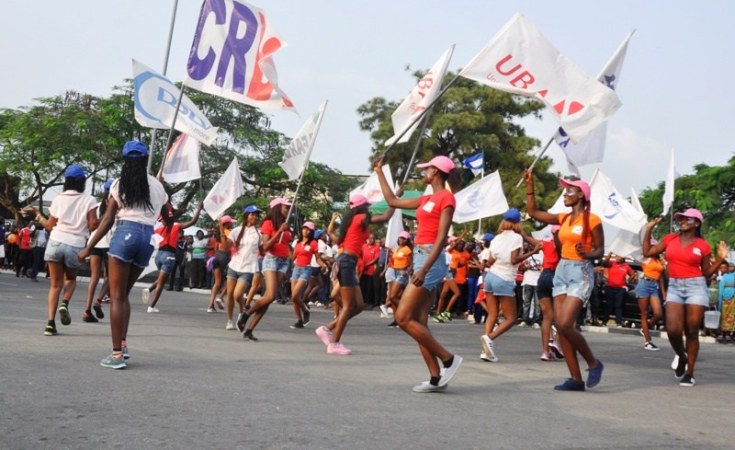 President Muhammadu Buhari Thursday in Abuja assured full Federal Government's support for the development of the historic City of Calabar.

At an audience granted His Eminence, Edidem Ekpo Okon Abasi, Otu V, Obong of Calabar, at the State House, the President said that though the City had lost its preeminent status as the first capital city of Southern Nigeria to Lagos, his administration will not lessen ongoing efforts to open the City to the rest of Nigeria, but will increase the efforts to ensure happiness and betterment of the people of the City in particular and Cross River State in general.

"We will open up that part of Nigeria to the rest of the country," President Buhari assured, adding that a number of projects are being executed by the Federal Government in the State.

According to him, "three road projects - Calabar-Ugep-Ikom-Ogoja; Calabar-Itu-Ikot Ekpene and Sapele-Ewu - are at various stages of completion."

The President noted that in order to speed up work on the Calabar-Ugep-Ikom-Ogoja road, plans are underway to incorporate it in the Sukuk Bond to increase the level of funding of the construction work.

He assured that dredging of the Calabar harbour will be undertaken as soon as some legal issues are settled by the Ministry of Transportation and the Nigerian Ports Authority with the contractor.

President Buhari pledged full support to the Calabar Deep Sea Port project of the State, adding that a number of electricity projects would soon follow after a visit to the State by the Ministers of Power in the upcoming two weeks.

Enumerating other projects in the State being undertaken by the Ministry of Niger Delta Affairs such as the Industrial Park which is one of the three set up through the Nigeria Content Development and Monitoring Board, the President also noted the construction of roads and water projects by the Niger Delta Development Commission; the development of a Skills Acquisition Centre for youths; and the construction of houses among others.

In his address, the Obong of Calabar decried the disregard and neglect of the Calabar Kingdom in spite of its national historical significance, and called for the reversal of the "demotion" through the execution of projects in the areas of roads, power, maritime access, security and border issues as well as the plight of displaced persons from the Bakassi Islands.

The royal father congratulated President Buhari on his "overwhelming victory" in the February election and at the Presidential Election Petition Tribunal, and urged his administration to restore Calabar to what it lost to Lagos and Abuja.