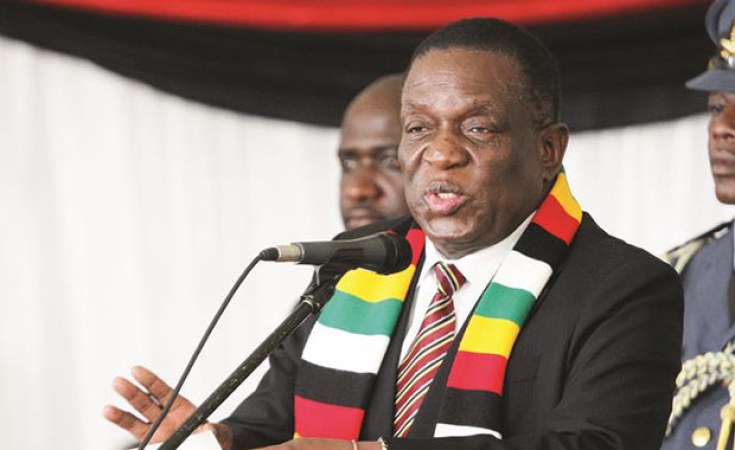 Government's decision to hire four international public relations firms in its bid to spruce up its battered image globally is pointless unless the Harare administration implements substantive political and economic reforms.

Since his ascendance to power through a military coup that toppled late former president Robert Mugabe after 37 years in power, Mnangagwa has preached the "Zimbabwe is open for business" mantra with the aim of attracting much-needed foreign investment into the country.

Alongside the rhetoric, the government has also been spending money on public relations instead of addressing the issues which have resulted in Zimbabwe being labelled an autocratic state.

The top-notch global PR firms have been funded by taxpayers' money, at a time the country is in the grip of an economic crisis characterised by, among other aspects, power outages, low productivity, foreign currency shortage and runaway inflation, which have severely eroded citizens' incomes.

In February, Zimbabwe spent US$500 000 on US firm Ballard to canvass for the removal of targeted sanctions imposed on the country. Brian Ballard, a senior partner in the firm, was part of US President Donald Trump's 2016 election campaign team and is one of the strategists in his re-election bid.

In June, Mnangagwa's government engaged Avenue Strategies at a fee of US$1 million to lobby the US government to drop sanctions against Zimbabwe.

In yet another desperate move, the Zimbabwean government engaged yet another US firm, Mercury, in a contract which will run until March 2020.

Namibia University of Science and Technology senior lecturer and social scientist Admire Mare believes the hiring of PR companies will not be useful.

"It is an unnecessary expenditure given the socio-economic challenges that the country is going through. That money could have been wisely used to buy essentials like electricity and fuel to boost industrial production and reboot the informal sector," Mare said.

"The international community expects the 'new dispensation' to honour its promises to undertake political and legislative reforms and ensure human rights are upheld."

Economist John Robertson said government needed to commit to human rights in order to attract investment while also sprucing up its international image.

"Many attempts by Zimbabwean commentators to persuade government to improve its image have been ignored, so the hopes were that probably the same advice from professionals would be acted upon. As nothing other than promises have materialised, it is hard to guess what we have paid for. If the promises are kept, the PR advice will be worth the cost, but all the suggestions were already offered free by Zimbabweans," Robertson said.

"To restore a good image, Zimbabwe has to commit to respect for the civil and property rights of citizens and new investors, clear away all unnecessary government regulations that make the investment environment one of the most hostile in the world and welcome the contributions of exceptional people."

It is ironic that while government is hiring PR firms, it has not taken action on soldiers who killed civilians in August last year, when protesters took to the streets over the delayed announcement of last year's general election results.

Despite recommendations by a commission headed by former South African president Kgalema Motlanthe, which called for the killer soldiers to be brought to book, no action has been taken to date.

In fact, before the ink on the commission's report had dried, 17 people were killed by members of the security forces in January after protests broke out over government's decision to increase fuel by 150%.

The US government slapped sanctions on the former head of the Presidential Guard, Anselem Sanyatwe, on August 1 this year, accusing government of dragging its feet over the killings.

Sanyatwe commanded the team that shot and killed six civilians last year.The US also noted that: "There has been no accountability for the excessive use of force by Zimbabwean security forces on civilians in January and February this year, which reportedly resulted in at least 13 deaths, 600 victims of violence, torture or rape, and more than 1 000 arrests."

Among those abducted are comedian Samantha Kureya better known by her stage name Gonyeti.Human rights defenders say about 50 abduction cases have been recorded this year.

Only this week, police sealed off the MDC headquarters, Morgan Tsvangirai House, after finding helmets and baton sticks in a nearby building, Robinson House, raising more questions on government's commitment to open political space.

In August this year, peaceful protesters, including women and the elderly, were assaulted by heavily armed police, the morning after government banned demonstrations organised by the MDC.

The failure to address property rights has also crippled government's efforts to have the restrictive measures removed.

Since the chaotic land reform exercise in 2000, which included the take-over of properties under the Bilateral Investment Promotion and Protection Agreement, the government has failed to effectively address the issue of property rights, a key prerequisite for the removal of the sanctions.

"It is not necessary to hire a PR firm. The best form of PR is building a track record of implementing key political, institutional and economic reforms in a consistent manner," Chitambara said.

"The current state of our economy is a direct result of our own acts of omission as a country. Our economic problems are largely internal."

U.S. Imposes Sanctions on Zimbabwe's State Security Minister
Tagged:
Copyright © 2019 Zimbabwe Independent. All rights reserved. Distributed by AllAfrica Global Media (allAfrica.com). To contact the copyright holder directly for corrections — or for permission to republish or make other authorized use of this material, click here.