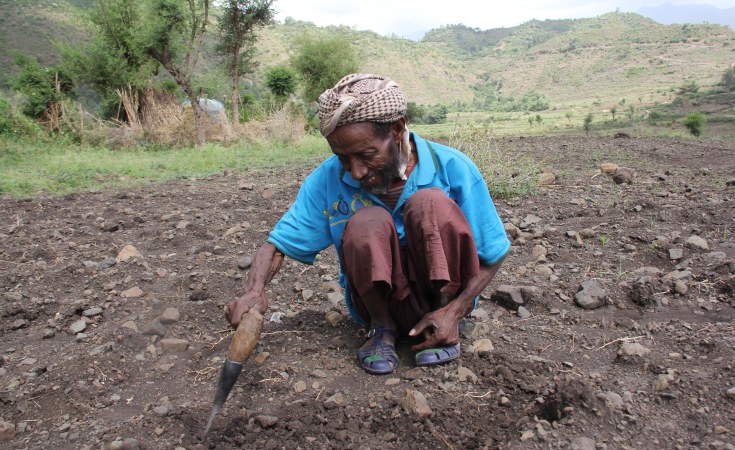 Africa, he said, had suffered the most because of her weak economy and most susceptible to the effects of climate change, which had made her incapacitated to withstand the damages of climate change. All these, the President indicated, had undermined Africa's ability to grow, develop and bring prosperity to her long-suffering masses.

Speaking at the 2nd Africa Climate Chance Summit held in Accra on Thursday, President Akufo-Addo said it is in Africa's interests to fight decisively climate change.

This phenomenon, he noted, has had a considerable impact on the fundamental requirement of human existence on earth, which had become a grave concern to leaders across the world, especially those in Africa.

"Climate change is here with us. It is evident by the prolonged and intense droughts in Eastern Africa, unprecedented floods in Western Africa, depletion of rain forest along the equator as well as the increase in ocean acidity across Africa's southern coast" and extreme weather conditions that threaten Agriculture production, food security, health, among others.

President Akufo-Addo said all African leaders and environmental experts needed to gather at the Conference, prioritise climate actions and take practical and proactive steps to curb human activities that are endangering the planet.

"We need to provide solutions that can stand the test of time in Africa. Our work is cut out for us, and we cannot fail," he added. President Akufo-Addo said Ghana cannot act in isolation on issues of climate change and that "it should be a coordinated effort, weaved into the sustainable development agenda of our various nations."

The Paris Agreement and SDG 13, the President stated, "Provides the framework for us to forge ahead in this direction." The President expressed Ghana's commitment to reducing her carbon footprints and would contribute significantly towards helping to win the fight against Climate Change.

"We are committed to reducing Ghana's carbon footprints and have, thus, decided to increase the renewable energy component of our energy mix to 10%, up from 1%, by 2020.

The target is to install 200 megawatts of distributed solar power by 2030 in both residential and non-residential facilities, and in state agencies, to reduce Government's dependence on power generated by fossil fuels."

All local authorities in Ghana, the President said, had been directed to address climate change adaptation and mitigation actions within their medium-term development plans.

Jubilee House, the seat of Ghana's presidency, would soon be powered by solar energy, as an example to other institutions or public buildings, President Akufo-Addo reassured.

He said the government had placed a ban on illegal mining, known as 'galamsey', which had destroyed most of the country's water bodies, vegetation and forests.

Some of the mechanisms the government instituted to curb the danger of climate change has been the engagement of over 20,000 young people to help restore degraded lands by planting trees. So far a land area of 90,000 hectares had been covered.

Major policy interventions such as the programme for "Planting for Food and Jobs", "One District, One Factory", "One Village, One Dam", had been implemented to boost agricultural production, industrialisation and rural development, which are all geared towards building Ghana's resilience to the impacts of climate change.

"I have also established an Advisory Group of prominent, private sector Chief Executives, who are setting up a $100 million SDGs Delivery Fund and a $200 million Green Fund, to complement government's efforts at tackling climate change, and funding the implementation of the SDGs," the President stated.

President Akufo-Addo was hopeful that the 2019 Climate Chance Summit would indicate how far the implementation of the road maps had gone toward releasing the content of the road maps and building on the gains chalked so far.

"Let us take action to reduce carbon emission in our cities, and let us be part of the solution to providing a better future for our children and subsequent generations to come. Implementation and combating the effects of Climate Change must be everyone's business."

Tagged:
Copyright © 2019 Government of Ghana. All rights reserved. Distributed by AllAfrica Global Media (allAfrica.com). To contact the copyright holder directly for corrections — or for permission to republish or make other authorized use of this material, click here.