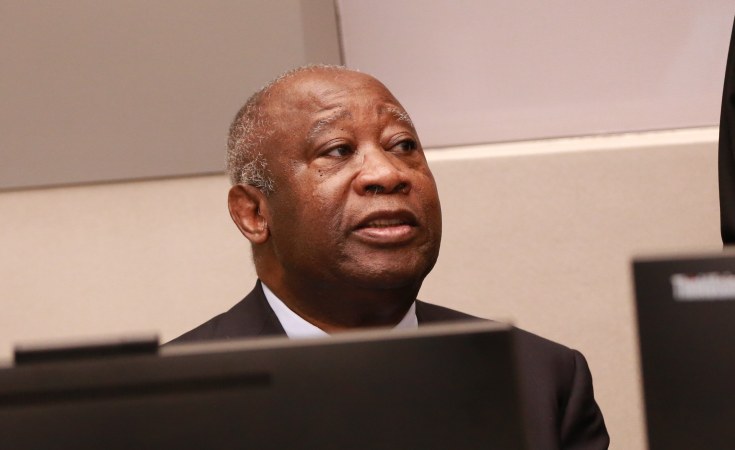 The International Criminal Court (ICC) prosecutor has asked the Appeals Chamber at the court based in The Hague to overturn the acquittal of former Ivory Coast president Laurent Gbagbo and declare a mistrial.

In the appeal filed this week, prosecutor Fatou Bensouda faults trial judges for failing to comply with the court's rules when they acquitted Gbagbo without offering written explanations for the decision. She also claims Trial Chamber I erred by applying inconsistent and unpredictable standards as it considered the defense motion for a stay of proceedings.

Gbagbo and his former Sports and Youth Affairs Minister, Charles Blé Goudé, were acquitted last January after a majority of judges determined that there was no need for the defense to present its evidence because the prosecution had failed to satisfy the burden of proof in relation to several core elements of the case.

In the no case to answer motion filed in July 2018, Gbagbo's lawyers argued that the prosecution had failed to produce sufficient evidence to sustain a conviction. They further argued that the prosecution's case hinged on "the uncorroborated testimony of a few patently incredible witnesses, and an inordinate amount of hearsay evidence" whose credibility and reliability judges were unable to evaluate.

Two judges - Cuno Tarfusser and Geoffrey Henderson - acquitted the duo, while Judge Olga Herrera Carbuccia dissented. A majority of judges subsequently rejected a prosecution request to keep Gbagbo and Blé Goudé in detention pending an appeal against their acquittal. Gbagbo was released to Belgium last February, but judges imposed a range of restrictions on his movements and communications.

In the latest appeal, the prosecutor contends that the manner in which the acquittals were rendered, characterized by an "inaccurate and unpredictable" analysis by the majority of judges, seriously impaired confidence in the proceedings of the case. She said that situation demands a declaration of a mistrial.

According to Bensouda, the Appeals Chamber has the power to declare a mistrial although this power should be used sparingly. She cited Article 83(2)(a) of the court's statute, which allows the Appeals Chamber to reverse a decision if it finds that the proceedings appealed from were unfair in a way that affected the reliability of the decision, or that the decision was materially affected by legal or procedural errors.

"The proceedings in this case were unfair and unreliable, and the decision was affected by legal and procedural errors and accordingly the prosecution respectfully requests the Appeals Chamber to reverse the decision," said Bensouda.

She said that, rather than requesting the Appeals Chamber to order a continuation of the trial before Trial Chamber I that is no longer constituted and one of whose judges is no longer at the court, or asking appeals judges to order a new trial, the prosecution is requesting a declaration of a mistrial. "This will leave the case in the hands of the prosecutor to decide on its future course and how justice may best be served in this case," added Bensouda.

At the time of his acquittal, Gbagbo had been in ICC detention for seven years and two months, having been transferred to The Hague in November 2011, seven months after his arrest by Ivorian and French troops. His trial for four counts of crimes against humanity commenced in January 2016 and saw the prosecution call 82 witnesses, the last of whom testified in January 2018.

In the first of two grounds of appeal, the prosecution claims that, in acquitting Gbagbo, trial judges violated the requirements of Article 74(5), which requires the chamber's decision to be in writing and to contain a "full and reasoned statement" of the findings on the evidence and conclusions.

Judges issued an oral acquittal decision on January 15, 2019 and only issued the reasons for that decision six months later. The prosecution argues that the majority violated Article 74 by acquitting the duo without entering a formal decision, as it rendered an oral decision but failed to provide a full and reasoned statement of the majority's findings. The judges also failed to provide a summary of the reasons for the acquittal in open court, according to the prosecution.

In the second ground of appeal, the prosecution argues that the chamber failed to define a clear and consistent standard of proof or approach to assess the sufficiency of evidence in the no case to answer proceeding, before and during the proceedings. According to the prosecution, while the two judges in the majority concurred on their overall conclusions, they failed to define what legal and evidentiary standards they considered applicable to the proceedings before they assessed the evidence and acquitted Gbagbo and Blé Goudé.

Tagged:
Copyright © 2019 International Justice Monitor. All rights reserved. Distributed by AllAfrica Global Media (allAfrica.com). To contact the copyright holder directly for corrections — or for permission to republish or make other authorized use of this material, click here.