Cameroon: Why Cameroon Must Move Beyond Dialogue to Solve Its Anglophone Crisis 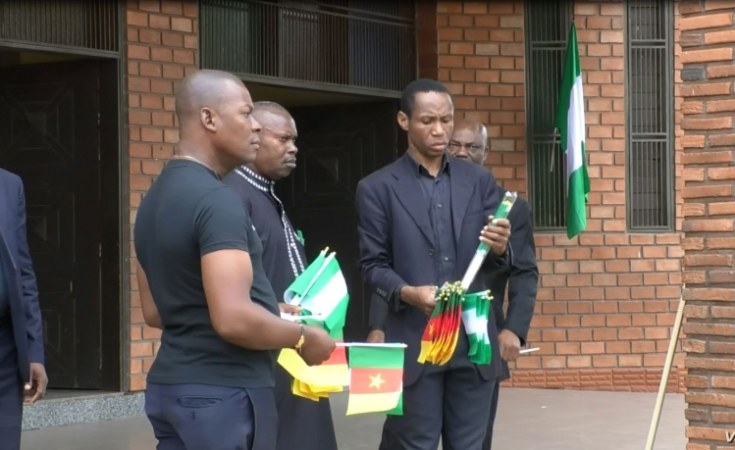 President Paul Biya convened a national dialogue last month to address the conflict between his government and the people in Cameroon's English-speaking regions in the North West and South West. At the heart of the conflict in which 3000 have been killed are grievances over marginalisation and the imposition of French language and administration.

The stated intention was to bring together government representatives and the Anglophone opposition including federalists, and representatives of the separatist movement.

During the national dialogue chaired by prime minister Joseph Dion Ngute, eight commissions were formed to respond to the grievances of Cameroon's English speakers. The commissions were asked to address bilingualism, cultural diversity and social cohesion, education, justice, reconstruction and development, decentralisation and local development, disarmament, demobilisation and reintegration, and the diaspora.

The government's latest efforts seek to end violent conflict that reemerged in 2017. The conflict has resulted in approximately 3000 deaths, 50 000 refugees and 500 000 internally displaced persons. Over 200 villages have been burnt.

The National Dialogue resulted in a number of proposals that go some way in addressing Anglophone concerns. These include changing the country's name back to the United Republic of Cameroon, the adoption of special status for the two Anglophone regions, restoration of the House of Traditional chiefs, the election of local governors, and the rapid integration of ex-combatants.

But the dialogue was flawed from the beginning. The agenda was pre-determined by the government. And key members of the Anglophone separatist movement who live in the diaspora didn't attend. They were afraid of being detained once in the country. Others walked out in protest against the perceived stage managing of the talks. They believed that their main issue - autonomy - would not be properly addressed.

The proposals won't resolve the crisis as they don't deal with the core issues of Cameroon's separatists. Separatist fighters known as the Amba boys have vowed to continue fighting until "Ambazonia is freed".

The failure of the dialogue shows that there is still a need for comprehensive conflict management in Cameroon. This must address issues of federalism, autonomy, marginalisation, respect for diversity and human rights. There is also a need for justice and reconciliation to address the many atrocities and abuses that have been committed.

The conflict is a result of the unfinished business of colonialism and nationalism. During the wave of independence in the 1960s Anglophones in the British Southern Cameroons were asked to choose which country they wanted to belong to between Nigeria and Francophone Cameroun.

They chose to join Cameroun, which had been previously colonised by the French. They believed it would be a federal governing arrangement that would give them sufficient political and cultural autonomy. Instead, increasing centralisation and cultural assimilation became the norm.

In 1972, the constitution was amended and the country was declared a centralised unitary state called the United Republic of Cameroon. But in 1984, under the leadership of President Biya, it became the Republic of Cameroon - the name at French-speaking Cameroun's independence.

The Cameroon government has taken steps before to try and manage the situation. It has redeployed Francophone teachers and magistrates from the English-speaking zones to Francophone institutions. It also created a National Commission for the Promotion of Bilingualism and Multiculturalism.

This commission was constituted to ensure respect for bilingualism as enshrined in Cameroon's constitution, address issues related to language-based and culture-based discrimination, as well as "to encourage Cameroonians to enjoy living together as one nation, united and indivisible".

And in December 2018, the government released 289 Anglophone separatists. Biya ordered the release of more Anglophones after the latest dialogue. This time it was 333 and he released Maurice Kamto and other leaders of the Cameroon Renaissance Movement who were detained in January 2019.

The national dialogue led to certain concessions being made. But it did not go far enough to address the marginalisation of English speakers and Ambazonia's quest for self-determination.

The dialogue has not achieved the objective of an inclusive, peaceful resolution to the conflict. There is still a need for a properly mediated process that brings together all the parties in a place that is mutually agreeable, and with a pre-negotiated agreement of what the talks will be about.

To date, all the varied attempts at negotiations have neither been representative nor unbiased.

The United Nations Security Council and the African Union Peace and Security Council, as the apex bodies for peace and security internationally and regionally, need to intervene before more lives are lost.

And the UN should establish a commission to provide a long-lasting solution to the question of self-rule for the Southern Cameroonians.

In the meantime, the protection of lives, humanitarian assistance for refugees and internally displaced people, and respect for human rights are paramount.

Five Schools Reopen in Restive Cameroon Regions
Tagged:
Copyright © 2019 The Conversation Africa. All rights reserved. Distributed by AllAfrica Global Media (allAfrica.com). To contact the copyright holder directly for corrections — or for permission to republish or make other authorized use of this material, click here.