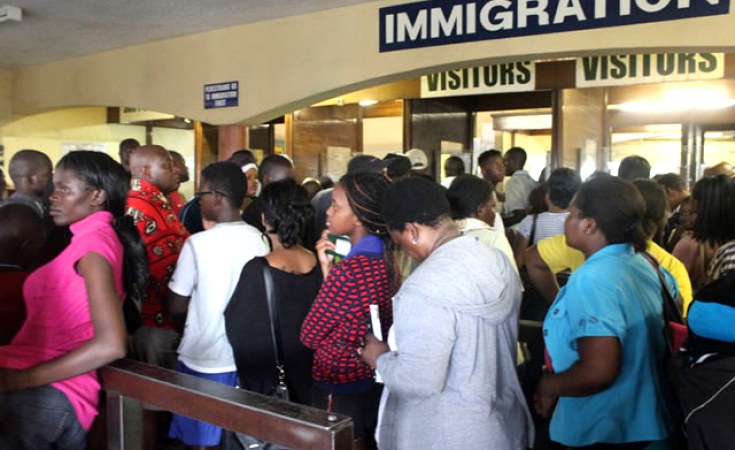 'We cannot have a Home Affairs department that is corrupt,' declared President Cyril Ramaphosa in early October - while Barbara Dale-Jones was experiencing exactly that while travelling to Zimbabwe. As Ramaphosa visited the department's head office in Pretoria, engaging staff and senior management on strategies to speed up visas and make it easier for visitors to enter the country, hundreds of Zimbabweans and South Africans experienced only frustration, corruption and prejudice at the hands of Home Affairs officials.

Earlier this month, I travelled through the Beit Bridge border post from South Africa to Zimbabwe. The exercise took five hours in heat of more than 45 degrees Celsius. It was a horror and one that gave me a lot of time to reflect on what I was seeing.

At first, the behaviour of the South African Home Affairs officials seemed like incompetence and laziness. They did not seem to have a properly functioning system in place. By the time I had crossed the bridge into Zimbabwe, I had concluded that the South African border officials at Beit Bridge are much worse than incompetent; they preside over a corrupt, xenophobic system that deliberately prejudices poor, black Zimbabweans.

Nigeria Excluded as South Africa Grants Ghana Visa-Free Entry
Tagged:
Copyright © 2019 Daily Maverick. All rights reserved. Distributed by AllAfrica Global Media (allAfrica.com). To contact the copyright holder directly for corrections — or for permission to republish or make other authorized use of this material, click here.